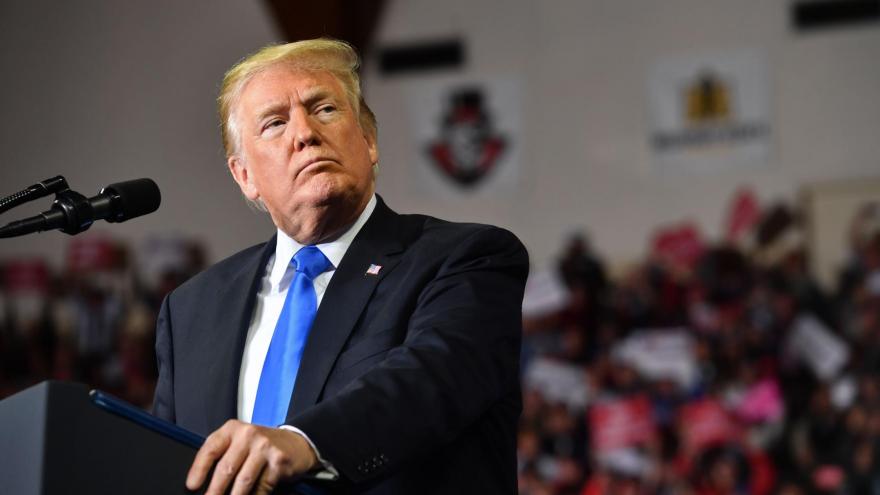 (CNN) -- Former President Donald Trump said he was recently visited at his Palm Beach, Florida, resort by Kyle Rittenhouse, the teenager who was acquitted last week on all charges after fatally shooting two people and wounding a third during protests in Kenosha, Wisconsin, last summer.

"He called. He wanted to know if he could come over, say hello, because he was a fan," Trump said during an interview with Fox News' Sean Hannity that aired Tuesday night.

Trump said Rittenhouse, 18, had left Mar-a-Lago "a little while ago," and Hannity had earlier said that his interview with Trump took place on Monday. During the interview, Fox showed a picture of Rittenhouse posing with Trump.

"He came over with his mother. Really a nice young man. ... That was prosecutorial misconduct. He should have not have had to suffer through a trial for that. He was going to be dead," the former President said.

The comments were in line with ones Trump had made while in office.

A 12-juror panel deliberated more than 25 hours in the closely watched case, ultimately acquitting Rittenhouse on Friday of first-degree intentional homicide and four other felony charges in a verdict that cannot be appealed.

The two-week trial -- which captured America's attention and was in many ways emblematic of the divided nation -- featured testimony from more than 30 witnesses, including Rittenhouse himself, and video clips from the night of the shootings during unrest sparked by the police shooting of Jacob Blake, a Black man. The verdict opened a fresh debate over state laws on self-defense and the concept of vigilantism.

The politicization of the case comes amid an already tense political environment ahead of the 2022 elections and even the 2024 presidential race.

Trump, who appears to be preparing another run for the White House, has been praising Rittenhouse as the "poster boy" for the right to self-defense.

President Joe Biden, meanwhile, told reporters on Friday that he stood by the not-guilty verdict, saying the jury system of trial in the United States works and must be respected.

"Look, I stand by what the jury has concluded," he said. "The jury system works, and we have to abide by it." In a statement later that day Biden acknowledged that the verdict "will leave many Americans feeling angry and concerned, myself included," but reiterated that "the jury has spoken."