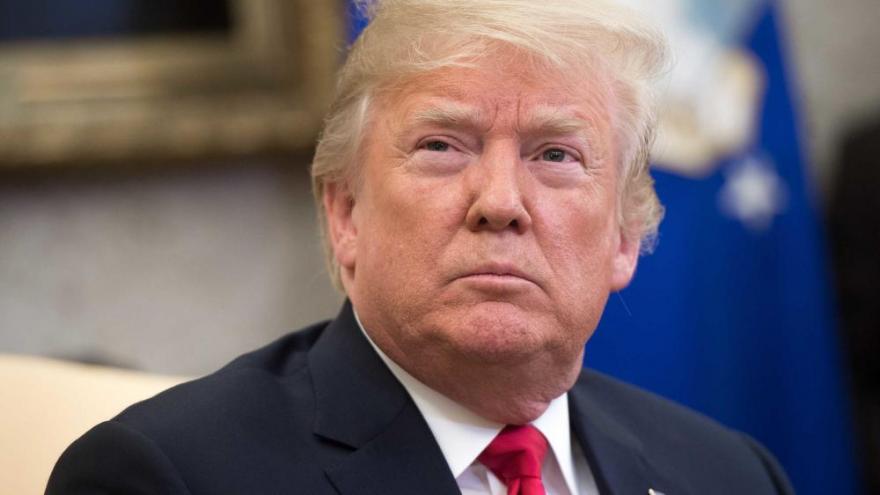 President Donald Trump said Wednesday that his administration will suspend foreclosures and evictions on homeowners at least until the end of next month. President Donald Trump speaks during a meeting with NATO Secretary General Jens Stoltenberg in the Oval Office of the White House in Washington, DC, May 17, 2018.

(CNN) -- President Donald Trump said Wednesday that his administration will suspend foreclosures and evictions on homeowners at least until the end of next month.

Speaking at the White House, Trump said the move from the Department of Housing and Urban Development would provide relief during the coronavirus outbreak.

"The Department of Housing and Urban Development is providing immediate relief to renters and homeowners by suspending all foreclosures and evictions until the end of April," Trump said.

The department said in a statement later Wednesday that the ordered suspensions will apply to single family homeowners with Federal Housing Administration-insured mortgages.

"Today's actions will allow households who have an FHA-insured mortgage to meet the challenges of COVID-19 without fear of losing their homes, and help steady market concerns," Secretary Ben Carson said in the statement, adding the move "will provide homeowners with some peace of mind during these trying times."

Federal Housing Commissioner Brian Montgomery said in the statement that the department's "actions today make it clear where the priority needs to be."

There are growing fears in the White House and on Capitol Hill that the coronavirus outbreak could send the economy into a damaging recession -- and that aggressive intervention by Washington is needed immediately to reverse course.

Republican senators are close to reaching an agreement on the details of the $1 trillion stimulus plan, two GOP sources have told CNN, a package that one Treasury memo suggests could include a combined $500 billion in checks to Americans to address the economic impact of the coronavirus.

Groups of GOP senators met behind closed doors to hammer out the final details, but were facing new pressure from Democrats to include them in the talks in order to quickly reach a bipartisan deal on a proposal more far-reaching than Washington's intervention during the 2008 financial crisis.