Trump says he won't extend deadline for US TikTok sale 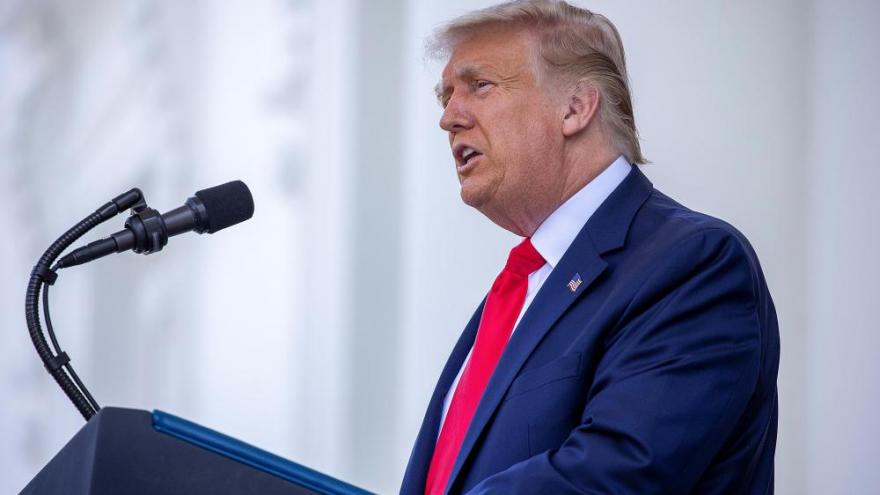 President Donald Trump said he will not extend the fast-approaching September 20 deadline he set for ByteDance, the Chinese-owned parent company of Tiktok, to sell the popular app or have it be banned.

(CNN) -- President Donald Trump said Thursday he will not extend the fast-approaching September 20 deadline he set for ByteDance, the Chinese-owned parent company of Tiktok, to sell the popular app or have it be banned.

"We'll see what happens it'll either be closed up or they'll sell it," Trump said before boarding Air Force One at Joint Base Andrews. He maintained there will be "no extension of the TikTok deadline."

The President's comments mark just the latest example of his strongman approach to the popular app after declaring in July that he would ban it from operating in the US. Last month, he claimed in an executive order that there is "credible evidence" that ByteDance "might take action that threatens to impair the national security of the United States."

The app, however, has sued the Trump administration in response to what it said is a "heavily politicized" executive order.

"We far prefer constructive dialogue over litigation," TikTok said in a blog post announcing the case. "But with the Executive Order threatening to bring a ban on our US operations — eliminating the creation of 10,000 American jobs and irreparably harming the millions of Americans who turn to this app for entertainment, connection, and legitimate livelihoods that are vital especially during the pandemic — we simply have no choice."

As TikTok has scrambled to keep its American presence alive, Microsoft has emerged as a potential, albeit unlikely, savior for the platform.

The app has exploded in popularity in the US and other Western countries, becoming the first Chinese social media platform to gain significant traction with users outside of its home country.

It was downloaded 315 million times in the first three months of this year, more quarterly downloads than any other app in history, according to analytics company Sensor Tower.

Critics of TikTok worry that the data it collects on its US users could end up in the hands of the Chinese government, though TikTok has said it stores its data outside China and that it would resist any attempts by Beijing to seize the information.

"TikTok US user data is stored in the US, with strict controls on employee access. TikTok's biggest investors come from the US. We are committed to protecting our users' privacy and safety as we continue working to bring joy to families and meaningful careers to those who create on our platform," TikTok spokesperson Hilary McQuaide told CNN last month.

Cybersecurity experts have said TikTok's potential risk to national security is largely theoretical and that there is no evidence to suggest that the app's user data has been compromised by Chinese intelligence.