Trump says he will 'very, very seriously' consider January 6 pardons if he runs and wins in 2024 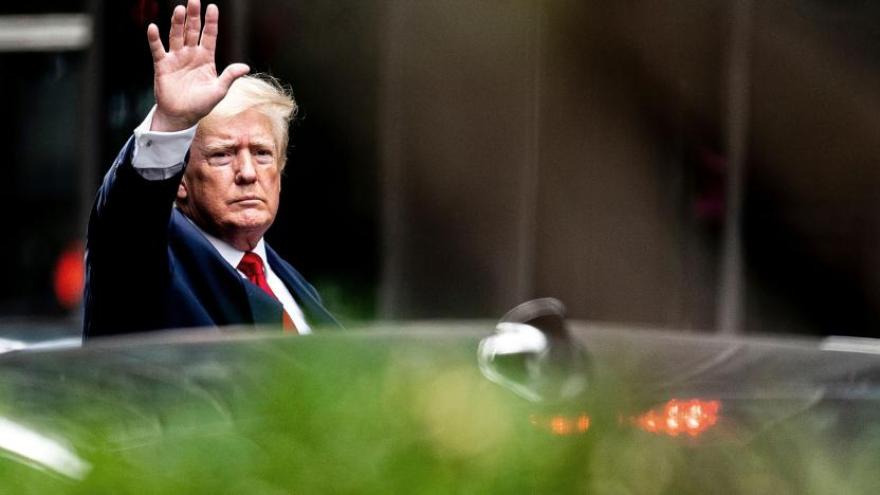 Former President Donald Trump, seen here in New York on August 10, said he will "very, very seriously" consider full pardons for the rioters who breached the US Capitol on January 6, 2021, if he runs for reelection and wins.

(CNN) -- Former President Donald Trump said Thursday he will "very, very seriously" consider full pardons for the rioters who breached the US Capitol on January 6, 2021, if he runs for reelection and wins.

Trump had made a similar promise during his final days in office when some of the January 6 rioters were already in jail. None, however, were pardoned before he left office.

Rep. Zoe Lofgren, a member of the House select committee investigating January 6, told CNN's Victor Blackwell on "CNN Tonight" Thursday night that she found Trump's pardon remarks "shocking," especially after a January 6 rioter was sentenced earlier in the day to 10 years for assaulting a police officer.

"That the former President would be talking about pardoning people who engaged in that behavior really is shocking," the California Democrat said.

Trump's comments come amid intense speculation about a potential reelection bid, and Trump's continued invocation of the Capitol attack could preview a central part of his future political messaging.

Asked Thursday if he was going to run again, Trump responded, "Well the time is coming closer and I think you're going to be really happy," adding, "You know you have the campaign finance laws and it doesn't allow you, it's crazy, it's not smart."

"I will be doing something and I think you're going to be happy," he added.

CNN has reached out to representatives for Trump for comment.

CNN previously reported that, after months of eyeing Labor Day weekend as the target launch date for a 2024 campaign, Trump has spent the past few weeks backing away from that timeline following the FBI search of his Mar-a-Lago estate and an increased panic among Republicans that the party may not be in for the red wave it has long anticipated this November.

While his timeline could shift again between now and November, the onslaught of political and legal concerns has the former President feeling nervous about prematurely diving into the 2024 primary, according to nine former and current Trump aides and allies who requested anonymity to discuss internal matters.

The former President went on to claim Thursday that he's "financially supporting" some Capitol rioters who he referred to as "incredible."

Though pardons could only apply to criminal defendants, and nearly all defendants who are charged at this time were at the US Capitol on January 6, critics of Trump have previously raised the possibility he could be trying to buy the silence of close advisers who didn't participate directly in the insurrection.

Lofgren condemned the suggestion that Trump would provide financial support to Capitol rioters, telling Blackwell, "That he would be funding people who tried to, you know, essentially murder the vice president, overturn the election. ... And to say that that is patriotic, to say that those people should get an apology, I'm sorry. That is disgusting."