Trump says he will designate drug cartels as terrorist organizations 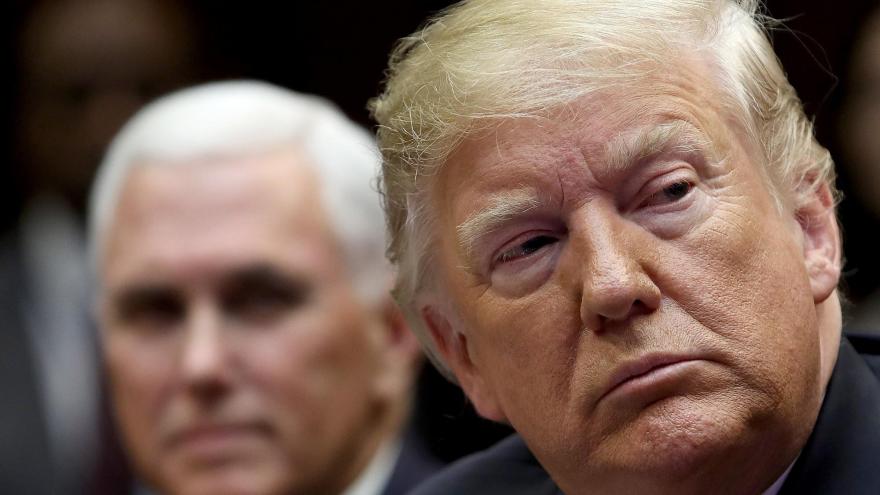 President Donald Trump said Mexican cartels will "absolutely" be designated as foreign terrorist organizations, a move which could lead to tougher financial penalties and legal ramifications in the US against those involved.

(CNN) -- President Donald Trump said Mexican cartels will "absolutely" be designated as foreign terrorist organizations, a move which could lead to tougher financial penalties and legal ramifications in the US against those involved.

Trump was asked Tuesday by conservative radio host Bill O'Reilly whether he'd "designate those cartels in Mexico as terror groups and start hitting them with drones and things like that."

"I don't want to say what I'm going to do, but they will be designated," Trump answered, adding that the US has offered the Mexican government "to let us go in and clean it out and (the President of Mexico) so far has rejected the offer. But at some point, something has to be done."

The President did not specify which cartels would be targeted. He said designating cartels would be justified over "losing 100,000 people a year" from drugs coming into the US and human trafficking.

When asked for more details on Trump's comments, a State Department spokesperson told CNN, "We don't discuss deliberations or the potential deliberations of our designations process."

CNN has also reached out to the White House and the National Security Council for more details on the President's comments.

At a meeting at the White House in June to discuss the opioid crisis, the President asked the acting administrator of the Drug Enforcement Administration if he would designate Mexican cartels as terrorist organizations.

"No, sir," acting administrator Uttam Dhillon responded. "I think we have all the authority we need. We just need the cooperation of our various foreign governments to attack them more effectively, and we're working to gain that."

Mexico's Foreign Minister Marcelo Ebrard tweeted Wednesday that the Mexican government is in contact with the US over the possibility of Trump designating Mexican drug cartels as terrorist organizations.

On Tuesday, the Mexican Foreign Ministry said in a statement they would seek to hold a high-level meeting soon with the US to discuss this issue and discuss efforts to reduce the flow of arms and money to organized crime from the United States to Mexico.

Mexican President Andrés Manuel López Obrador has also indicated that he doesn't want the US to intervene.

His administration maintains a non-confrontational stance Mexican cartels, known as their "abrazos, no balazos" -- or "hugs not bullets" -- approach, prioritizing targeting poverty and inequality over combatting cartels.

"Our problems will be solved by Mexicans. We don't want any interference from any foreign country," he said.

And Wednesday, López Obrador didn't expand on the issue when asked about Trump's decision, saying only, "cooperation yes, intervention no."