Trump reverses course, says Mueller 'should not testify' before Congress 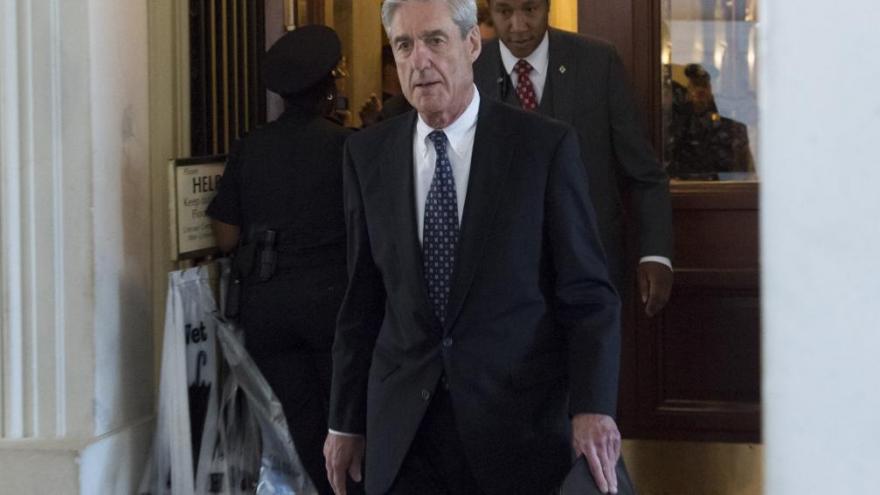 In a pair of tweets, Trump said the special counsel should not appear before the House Judiciary Committee and questioned why the Democratically-controlled committee would need Mueller's testimony after concluding his two-year investigation into allegations of collusion between Russian operatives and Trump associates during the 2016 presidential campaign and transition.

"Are they looking for a redo because they hated seeing the strong NO COLLUSION conclusion? There was no crime, except on the other side (incredibly not covered in the Report), and NO OBSTRUCTION," he wrote, adding, "No redos for the Dems!"

On Friday, however, the President -- when asked by reporters at the White House about Mueller potentially testifying -- said Attorney General William Barr should determine whether or not Mueller would provide congressional testimony, saying: "I don't know. That's up to our attorney general, who I think has done a fantastic job."

Trump's Sunday tweet came hours after House Judiciary member David Cicilline told "Fox News Sunday" that the committee has reached a "tentative date" of May 15 for Mueller to testify, though he later clarified that the date for Mueller's appearance had not yet been finalized.

"Just to clarify: we are aiming to bring Mueller in on the 15th, but nothing has been agreed to yet," the Rhode Island Democrat tweeted later Sunday. "That's the date the Committee has proposed, and we hope the Special Counsel will agree to it. Sorry for the confusion."

In his interview with "Fox News Sunday," Cicilline said the agreement was still tentative because "the representative for the Special Counsel has" signed off, "but obviously until the day comes, we never have an absolute guarantee." He added, "The White House has so far indicated they would not interfere with Mr. Mueller's attempts to testify."

Mueller's appearance before the committee would allow lawmakers to hear from the special counsel on the investigation he spearheaded. The Department of Justice released a redacted version of the special counsel's long awaited findings last month.

Peter Carr, spokesman for the special counsel, declined to comment.

Senate Minority Leader Chuck Schumer picked up on the misstatement by Cicilline at a news conference Sunday saying, "I heard this morning that Mueller is testifying on the 15th. I think it's imperative for Mueller to testify. I think the only restraints on what he says is what he thinks he can't say, no one else should impose restraints. We ought to hear the full testimony from Mueller. Given the fact that Barr does not seem to be a neutral observer here, Mueller's testimony is all the more important. "

Schumer said that he hopes Barr will hand over the full Mueller report to Congress.

"I hope he does," he said. "I mean, it would be very good to avoid any kind of constitutional clash and have him turn over the report. That's the right thing to do."

House Judiciary Chairman Jerry Nadler said last week that May 15 was the committee's target date for Mueller to testify, but it has not yet been finalized.

Democrats have been working to hear directly from Mueller after Barr came under fire for mischaracterizing parts of the Mueller report, and a letter from Mueller to the attorney general surfaced late last week suggesting Barr didn't fully capture the nuance of his 448-page report.

Mueller and Barr later spoke on the phone, Justice Department officials told CNN, with the special counsel asserting that while Barr's letter to Congress summarizing the report was not wrong, it did not characterize the issue of potential obstruction of justice as effectively as the report. The attorney general later called the letter from Mueller "a bit snitty" while testifying before the Senate Judiciary Committee on Wednesday.

Barr also appeared to support Mueller testifying before Congress during his Senate questioning. He hinted at a Mueller appearance when asked by Minnesota Sen. Amy Klobuchar whether the special counsel reviewed the President's tax returns or Trump Organization financial statements, saying he didn't know but could find the answer.

"Or you could ask Bob Mueller when he comes here," Barr added.