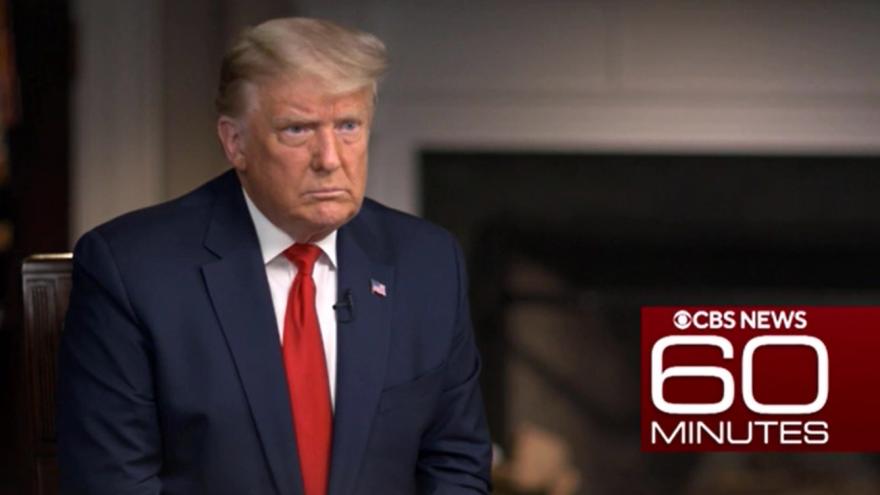 By DAVID BAUDER and JILL COLVIN The Associated Press

NEW YORK (AP) — President Donald Trump has posted full, unedited interviews that he and the vice president did with "60 Minutes" on Facebook before the show's scheduled broadcast this weekend.

The footage shows Trump growing increasingly prickly as Lesley Stahl presses him on a host of topics, including his response to the coronavirus pandemic, his slipping support among suburban women, the lack of masks at his rallies, and the "Obamacare" replacement plan he has long promised but failed to unveil.

CBS News in a statement called the White House's decision "unprecedented" but said the interview would air Sunday, as planned.