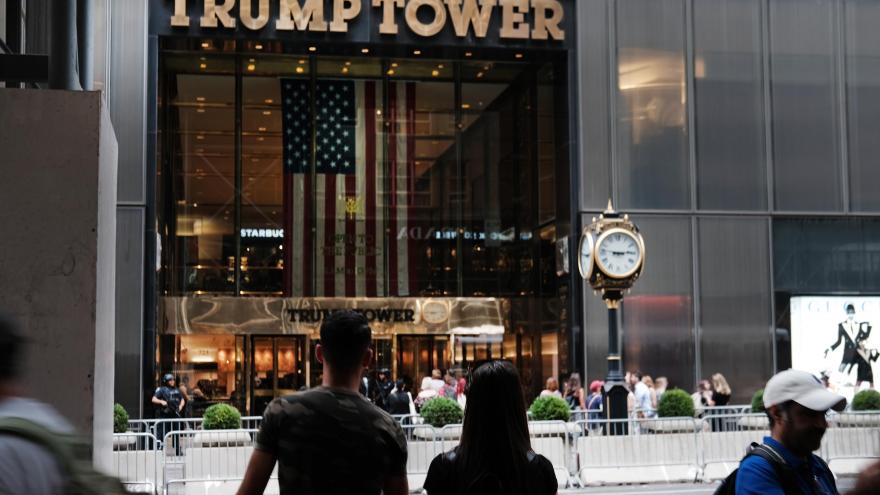 (CNN) -- Former President Donald Trump refinanced the mortgage on Trump Tower with a $100 million loan from California-based Axos Bank, according to a new filing with the city.

The loan document was signed on February 15 by Eric Trump, who along with his brother, Donald Trump Jr., has been running the Trump Organization on a day-to-day basis since their father became president in 2017.

Eric Trump told CNN in a statement that "Trump Tower is one of the most iconic properties in the world and sits on arguably the most prestigious corner in all of New York. We have incredibly low debt, have a tremendous amount of cash and have an extremely profitable company. We had no problem refinancing."

The refinancing by Axos Bank, whose president has donated to Trump's political campaigns, comes as the Trump Organization is under a cloud of scrutiny and questions have swirled about the state of the business.

The Manhattan District Attorney's Office says its criminal investigation into the former President's company is continuing even after two top prosecutors leading the investigation stepped down last month.

The New York state attorney general is conducting a civil investigation and has subpoenaed Donald Trump, Trump Jr. and Ivanka Trump for their testimony. Investigators in that office have alleged in court filings that they found evidence indicating that the Trump Organization used fraudulent or misleading asset valuations to obtain a host of economic benefits, including loans, insurance coverage and tax deductions. On the financial statements, they alleged, there were numerous "misleading statements and omissions."

The previous mortgage was provided by Ladder Capital, which has loaned the Trump Organization millions of dollars over the years, according to financial disclosures made public when Trump was president. Weisselberg's son Jack Weisselberg is an executive at Ladder Capital.

The Trump Organization's new lender is led by Gregory Garrabrants, who donated nearly $10,000 to campaigns associated with Trump since 2020.