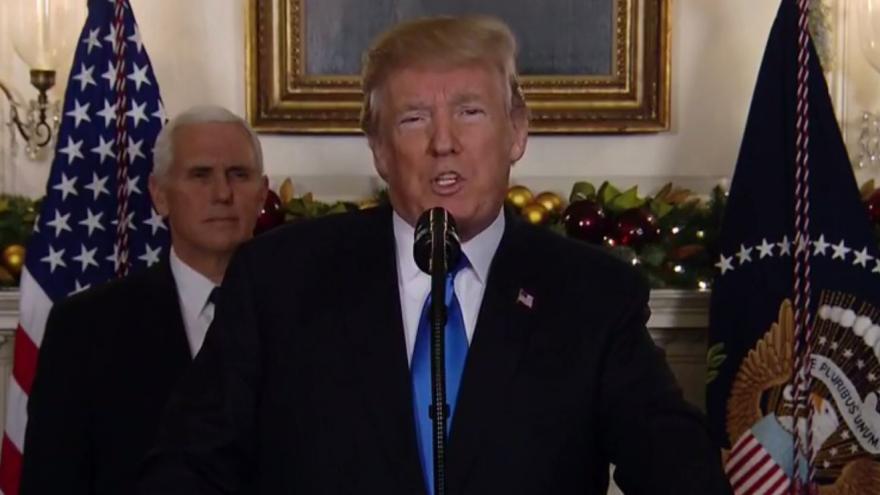 (CNN) -- "I have determined that it is time to officially recognize Jerusalem as the capital of Israel," Trump said from White House's Diplomatic Reception Room. "After more than two decades of waivers, we are no closer to a lasting peace agreement between Israel and the Palestinians."

The move signaled a willingness on Trump's part to prioritize fulfilling a campaign promise over the consensus among US allies in the region and beyond that the decision could stymie the peace process and increase security risks in a region that is already on edge.

"Today, I am delivering," Trump said, referencing his campaign promise.

In calls with Trump on Tuesday, Arab leaders in the region and French President Emmanuel Macron expressed deep misgivings about Trump's move and urged him to reconsider.

Trump's decision, previewed Tuesday by senior administration officials, upends decades of policy from successive Republican and Democratic administrations that have said the status of Jerusalem should be left up to a final status agreement negotiated between Israelis and Palestinians. Trump will again sign a waiver to keep the US embassy in Tel Aviv for the time being as senior administration officials estimate it will take years before a new embassy can open in Jerusalem.