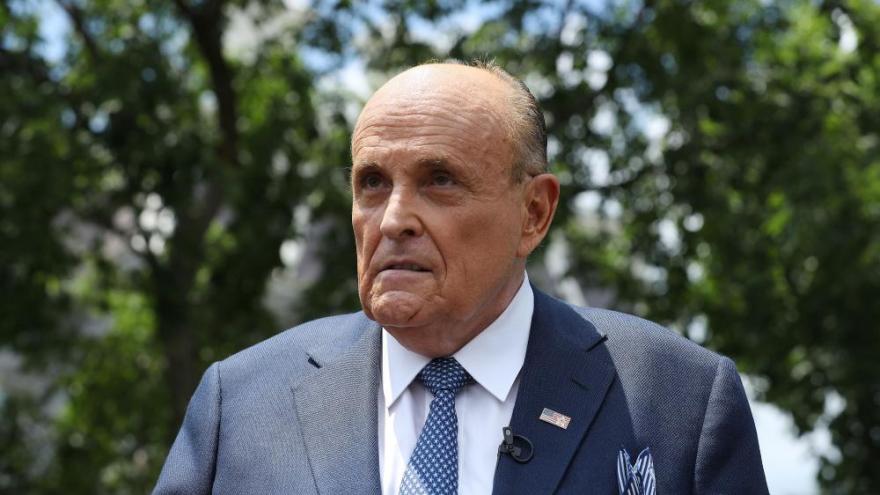 President Donald Trump has placed his personal lawyer Rudy Giuliani in charge of his campaign's legal challenges contesting the outcome of the 2020 election, according to The New York Times.

(CNN) -- President Donald Trump has put his personal lawyer Rudy Giuliani in charge of his campaign's long-shot post-election legal challenges, according to a tweet from the President Saturday night.

"I look forward to Mayor Giuliani spearheading the legal effort to defend OUR RIGHT to FREE and FAIR ELECTIONS! Rudy Giuliani, Joseph diGenova, Victoria Toensing, Sidney Powell, and Jenna Ellis, a truly great team, added to our other wonderful lawyers and representatives!" Trump said in the tweet.

The New York Times reported on Giuliani's posting earlier on Saturday. CNN reached out to the Trump campaign and Giuliani earlier Saturday for comment.

The news follows a brutal series of losses for the President in court Friday, as nine cases in key states were denied or dropped in one day.

According to the Times, Trump is trying to use all possible means to change the election outcome and wants those he views as "fighters" making his case to the public.

The President had previously chosen campaign adviser David Bossie, who is not a lawyer, to lead the campaign's legal efforts. CNN reported earlier this week that Bossie had tested positive for coronavirus days after being tapped for the role.

But Trump has refused to accept the results, instead pushing unfounded theories about widespread voter fraud and mail-in ballots and that the election has been stolen from him. His campaign has filed a flurry of legal challenges, based on vague and unsupported allegations of fraud or using little evidence to lay out grievances about minor ballot processing access.

On Friday, the Trump campaign was dealt defeats in three significant states for their post-election fight — Pennsylvania, Arizona and Michigan.

Lawyers for the Trump campaign also dropped a lawsuit in Arizona seeking a review by hand of all ballots, after finding that Biden's margin of victory in the state could not be overcome.

Two poll-watchers in Michigan lost their case to stop the certification of votes in Wayne County, which includes the city of Detroit that helped carry Biden to victory in the state, and a judge rejected their allegations of fraud.

This story has been updated with President Donald Trump's tweet about Rudy Giuliani leading the campaign's post-election legal challenges.