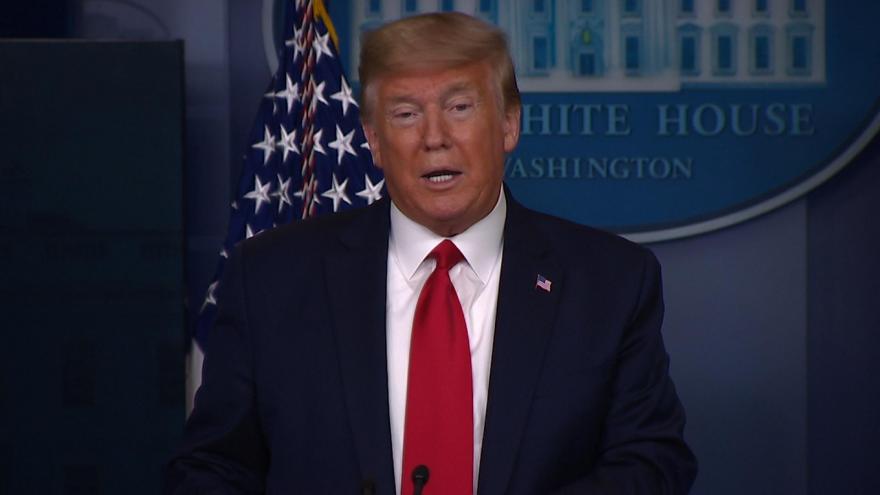 Senior aides such as Treasury Secretary Steven Mnuchin and National Economic Council Director Larry Kudlow have been solely focused on the issue of restarting a wounded American economy for weeks, along with a coterie of aides.

But in recent days, inside and outside advisers have appealed to Trump to formally create a separate task force in order to streamline the process so it can focus primarily on reopening the economy. This task force would likely include senior staff from the Treasury Department, the National Economic Council, the Labor Department and the Department of Commerce.

But it wouldn't only have administration officials involved. There has been outreach to figures such as Gary Cohn, Blackstone CEO Steve Schwarzman, Art Laffer and even major sports teams and well-known athletes.

Other Trump allies have proposed naming a recovery "czar" from the private sector to oversee efforts to revive the consumer economy and address unemployment after coronavirus forced the closure of businesses across sectors.

Influential conservatives have floated Laffer as the leader of the task force, and he has presented some ideas to senior White House aides on a plan to revive the economy. His plans have included a proposal to tax nonprofits, cut the pay of some public officials and offer a payroll tax holiday.

Trump awarded Laffer a presidential medal of freedom last year, but the White House hasn't yet offered him a position on a new panel, according to a senior administration official.

Over the past week, Trump's economic team has had several meetings with him where they advised that even if the economy doesn't open up all at once on May 1 -- a date advisers have circled as a potential reopening date -- the administration should at least announce an estimated timeline with guidance for how to transition the economy back to normal.

They have told the President he needs to issue economic guidelines in addition to ones about best health practices. Some members of the President's team have begun weighing guidelines on when states can return to normal, including a sustained 14-day period with a reduction in cases and hospitals returning to pre-crisis conditions.

Trump has expressed interest in a "big bang" reopening, where the entire country comes back online at once. But health experts have cautioned that certain areas will be further along than others by the end of the month.

Some aides expect the debate over how and when to reopen the economy to lead to clashes between Trump's health and economic teams. The formation of a second task force -- separate from the health-focused body led by Vice President Mike Pence -- could aggravate the impression of opposing factions.

How much power Trump has to "reopen" the economy remains limited. The federal government only issued recommendations on social distancing and business closures, and it will be up to individual governors to reverse the mandatory orders.

And Americans will need to feel comfortable returning into public. A CNN/SSRS poll released Wednesday showed 60% of Americans say they would feel uncomfortable returning to their regular routines if social distancing guidelines were lifted after April 30, the current expiration date for Trump's recommendations.