Trump postponing the G7 to at least September 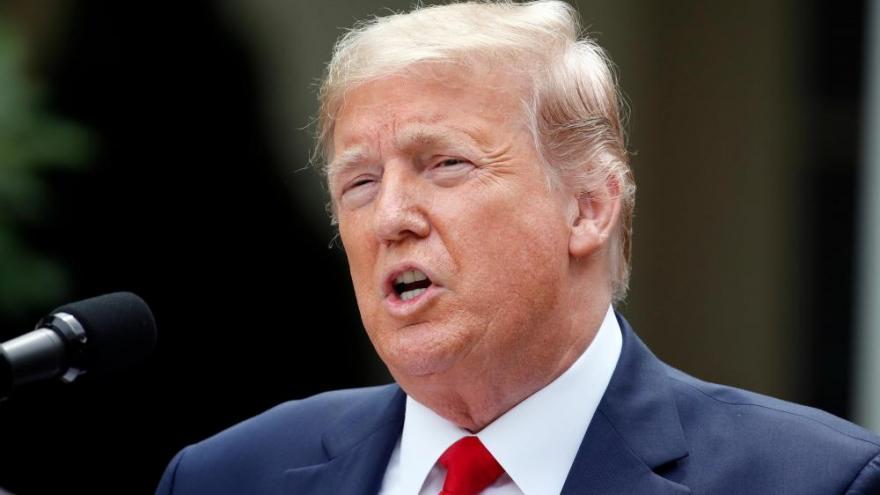 President Donald Trump, who announced he is postponing the G7, speaks during a news conference in the Rose Garden of the White House on May 29, 2020 in Washington, D.C.

(CNN) -- President Donald Trump has announced he is postponing the G7 until at least September and wants to invite four additional countries to the summit: Russia, Australia, India and South Korea.

"I'm postponing it because I don't feel as a G7 it probably represents what's going on in the world. It's a very outdated group of countries," Trump told reporters aboard Air Force One on Saturday.

The G7 is comprised of the US, Canada, France, the United Kingdom, Germany, Italy and Japan.

White House director of strategic communications Alyssa Farah said the President wants to bring other traditional allies, including Five Eyes countries, into the mix, as well as those impacted by coronavirus, and to talk about the future of China.

The President had recently said he planned to host the G7 in person later next month, but has faced a mixed and uncertain response from other G7 leaders on attending the summit in person amid the pandemic.

German Chancellor Angela Merkel "cannot confirm" that she will attend a possible G7 summit in Washington amid the coronavirus pandemic, a spokesperson at the Chancellery said Saturday.

"The Chancellor thanks President Trump for his invitation to the G7 summit in Washington at the end of June," Merkel's spokesperson said in a statement.

"As of today, given the overall pandemic situation, she cannot confirm her personal participation, that is, a trip to Washington," the spokesperson added.

Meanwhile, Germany's Health Minister, Jens Spahn, expressed his "disappointment" over the United States' withdrawal from the World Health Organization, saying that the decision taken by the Trump administration was a "setback" for international health policy.

Other world leaders have also been cagey with regards to Trump's proposed G7 summit.

Canadian Prime Minister Justin Trudeau said on Wednesday he could not yet commit to attending the proposed G7 meeting in person because of concerns over transmission of the virus and Canada's quarantine rules.

"There are significant health preoccupations that we have around holding it in person but there's no question that an in-person meeting in an ideal situation are much more effective than even virtual meetings," he said.

French President Emmanuel Macron spoke with Trump on Thursday. The two leaders "agreed on the importance of convening the G7 in person in the near future," according to a White House readout of the call. But the White House did not say whether Macron had committed to attending in person.

Trump first introduced the idea of reviving the summit as an in-person event in a tweet on May 20, indicating that it would signal to the world that things are returning to normal after the coronavirus pandemic halted travel and froze the global economy.