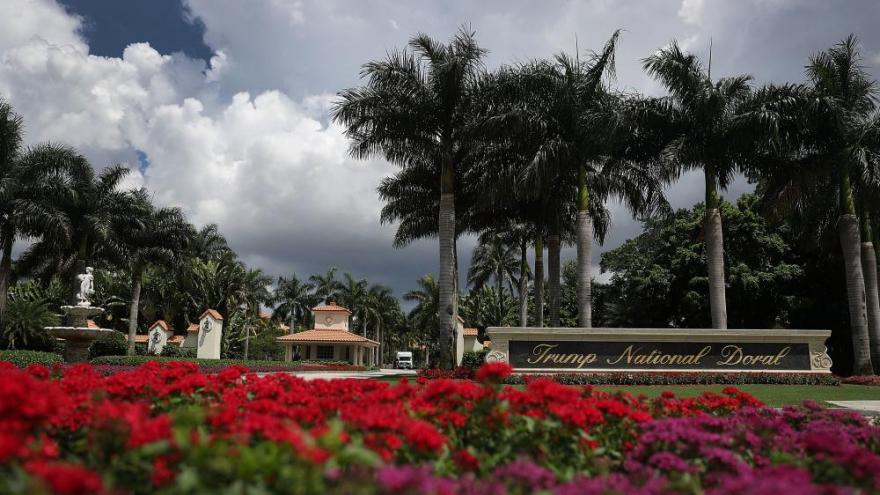 Trump National Doral Miami Golf Club reopened for members on Friday and as of Saturday, guests of the hotel are also able to golf.

Trump National Doral Miami Golf Club reopened for members on Friday and as of Saturday, guests of the hotel are also able to golf. Those golfing will have to follow new protocol that includes: having to wear a face mask when approaching the club house, abiding by social distancing guidelines at all times, not shaking hands or sharing golf clubs and limiting the type of golf carts that can be used. The new procedures were posted to the Miami golf club's website as of Saturday.

CNN previously reported that the Doral and West Palm Beach properties collectively furloughed 713 workers due to the coronavirus outbreak. An additional 102 employees were furloughed from the Potomac Falls property.

CNN has reached out to the Trump Organization on the reopenings, to see if those furloughed are being re-hired and if so, how many.

The reopenings come more than a month after the Trump Organization initially announced temporary closings at various facilities citing local, state and federal mandates. At that time, state leaders had issued stay-at-home orders that closed all nonessential businesses in Florida, Illinois, Nevada, New York, Virginia and Washington, DC. Some of those orders have since been relaxed.

Trump and his family have been barred from seeking relief from a Treasury Department $500 billion lending program included in the $2 trillion stimulus package he signed in March.

The Wall Street Journal previously reported that the coronavirus was costing Trump Organization properties over a million dollars in lost revenue daily while closed, and The Washington Post reported the company had laid off or furloughed nearly 1,500 employees at its hotels in the United States and Canada.

In the last couple of weeks, the President has been eager for Americans to return to work, despite a lag in testing capacity for coronavirus. In mid-April, Trump assembled a bipartisan task force aimed at reopening the economy and laid out a three-phase approach for states to ease restrictions.