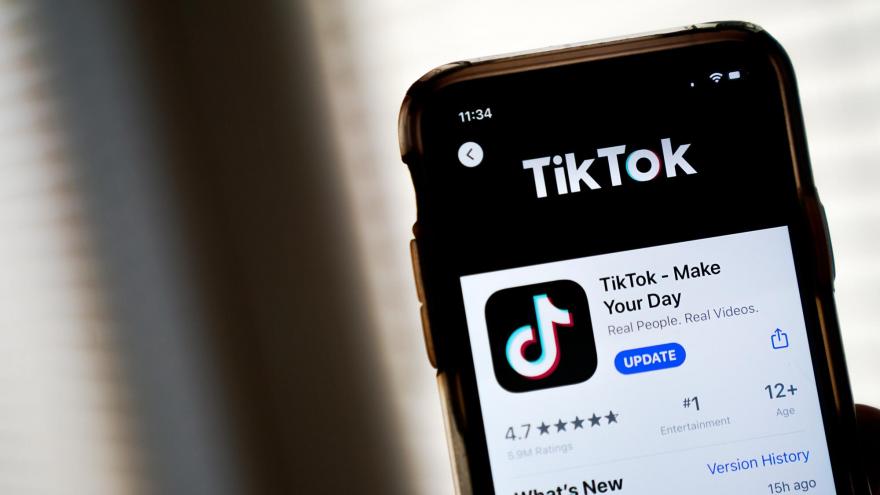 President Donald Trump issued an executive order Friday evening directing ByteDance, the Chinese-owned parent company of TikTok, to divest interest in the app's US operations within the next 90 days.

(CNN) -- President Donald Trump issued an executive order Friday evening directing ByteDance, the Chinese-owned parent company of TikTok, to divest interest in the app's US operations within the next 90 days.

Trump explained in the order that he believes there is "credible evidence" that ByteDance "might take action that threatens to impair the national security of the United States" following the company's acquisition of the social media app Musical.ly.

But Friday night's order specifically directs ByteDance to destroy all data obtained from US TikTok owners and inform the Committee on Foreign Investment in the US once it has done so.

ByteDance will have to certify on weekly basis that it is in compliance with the order to the committee, which is allowed to take measures to ensure the order's implementation -- including allowing US government employees to have access "to all premises and facilities" of ByteDance, TikTok and their subsidiaries within the US.

Attorney General William Barr has the authority to "take any steps necessary" to enforce the order.

As TikTok has scrambled to keep its American presence alive, Microsoft has emerged as a potential, albeit unlikely, savior for the platform.

The company said earlier this month that it was pushing forward with talks to acquire TikTok, following a conversation between CEO Satya Nadella and Trump.

The transaction could be complicated and difficult to accomplish, and Microsoft has shifted its strategy from consumers toward businesses in recent years.

Still, analysts say the deal is almost certain to be worthwhile for both companies.

The app has exploded in popularity in the US and other Western countries, becoming the first Chinese social media platform to gain significant traction with users outside of its home country.

It was downloaded 315 million times in the first three months of this year, more quarterly downloads than any other app in history, according to analytics company Sensor Tower.

Critics of TikTok worry that the data it collects on its US users could end up in the hands of the Chinese government, though TikTok has said it stores its data outside China and that it would resist any attempts by Beijing to seize the information.

"TikTok US user data is stored in the US, with strict controls on employee access. TikTok's biggest investors come from the US. We are committed to protecting our users' privacy and safety as we continue working to bring joy to families and meaningful careers to those who create on our platform," TikTok spokesperson Hilary McQuaide told CNN earlier this month.

Cybersecurity experts have said TikTok's potential risk to national security is largely theoretical and that there is no evidence to suggest that the app's user data has been compromised by Chinese intelligence.