Trump on China: 'I wish they'd told us earlier' about coronavirus 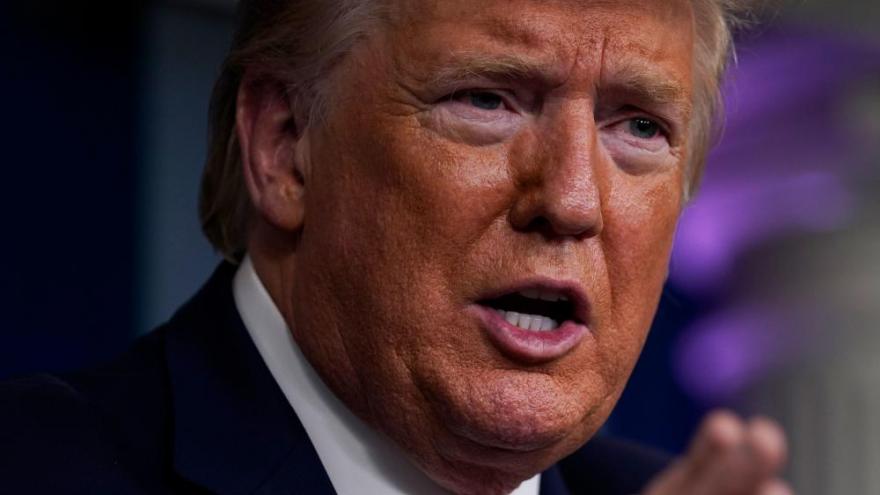 President Donald Trump speaks during a coronavirus task force briefing at the White House on March 20, 2020, in Washington, DC. Trump said Saturday that he wished China would have told him earlier about the novel coronavirus, despite previously praising the country's transparency on the issue.

(CNN) -- President Donald Trump said Saturday that he wished China would have told him earlier about the novel coronavirus, despite previously praising the country's transparency on the issue.

"I wish they could have told us earlier about what was going on inside," Trump said during a briefing on the federal government's coronavirus response. "We didn't know about it until it started coming out publicly."

Trump added that China "was very secretive and that's unfortunate."

On January 24, Trump praised China and President Xi Jinping for the country's "efforts and transparency" in dealing with the coronavirus. That praise came nearly a month after the country informed the World Health Organization about the virus.

When asked by CNN's Jeremy Diamond on Saturday about his previous praise, Trump said he thought the country could have warned other nations sooner than it did.

"Because China has worked very hard," he said. "China was transparent at that time but when we saw what happened, they could have been transparent much earlier than they were."

He went on to criticize what he said was China's waiting to tell the US.

"They knew they had a problem earlier. I wish they could have said that," he said.

Trump said that when he first realized how bad the virus could be he "started doing the closings," referring to the country's denying entry to people who had visited China in the two weeks before they sought entry into the United States in early February.