Trump: No trip to London because of embassy choice 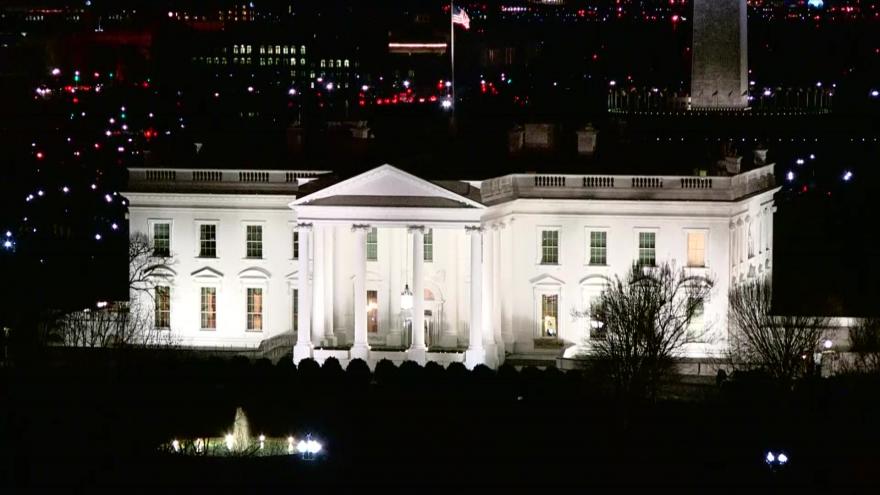 LONDON (AP) — President Donald Trump has canceled a trip to London where he had been expected to open the new $1 billion U.S. embassy, avoiding protests promised by political opponents.

Some British lawmakers questioned whether Trump would be welcome after he re-tweeted videos from a far-right British group and criticized London Mayor Sadiq Khan following a terror attack last year.

But Trump said his decision, announced in a late-night tweet, was due to the president's concerns about the embassy's move from the tony Mayfair district to a far less fashionable area of London. The move, which ended a 200-year U.S. association with London's Grosvenor Square, was part of American efforts to secure diplomatic staff in compounds — a push tied to terror concerns after al-Qaida bombings at two U.S. embassies in East Africa a decade ago.

"Reason I canceled my trip to London is that I am not a big fan of the Obama Administration having sold perhaps the best located and finest embassy in London for 'peanuts,' only to build a new one in an off location for 1.2 billion dollars. Bad deal. Wanted me to cut ribbon-NO!" Trump tweeted.

The move was announced in 2008, before President Barack Obama was elected. At the time, U.S. Ambassador Robert Tuttle said the decision to move to the five-acre site on the south side of the River Thames came after a "long and careful process."

While the date of a Trump visit had never been confirmed, speculation suggested the president would formally open the embassy at a ceremony in February. In December, Ambassador Woody Johnson said he was looking forward to welcoming the president when he visited.

Even Trump's biggest supporters suggested that protests played a role in his decision not to visit.

"He has been to countries all over the world and yet he has not been to the one with whom he is closest," former UKIP leader Nigel Farage, a Trump ally, told the BBC. "I would say that it's disappointing. But maybe Sadiq Khan, Jeremy Corbyn and the Labour Party planning mass protests, maybe those optics he didn't like the look of."

"It appears that President Trump got the message from the many Londoners who love and admire America and Americans but find his policies and actions the polar opposite of our city's values of inclusion, diversity and tolerance," Khan said. "His visit next month would without doubt have been met by mass peaceful protests."

The U.S. presence on Grosvenor Square goes back to the late 18th century, when future president John Adams was the first U.S. envoy to England. Gen. Dwight D. Eisenhower had his headquarters on the square during World War II.

But the American presence has not been appreciated by the embassy's neighbors in recent years. Many have complained that the look of the tree-lined Georgian square had been spoiled by concrete blast barriers and other security measures installed after the Sept. 11, 2001, attacks. A residents organization also complained the building's presence on the square put them at risk of extremist attack.