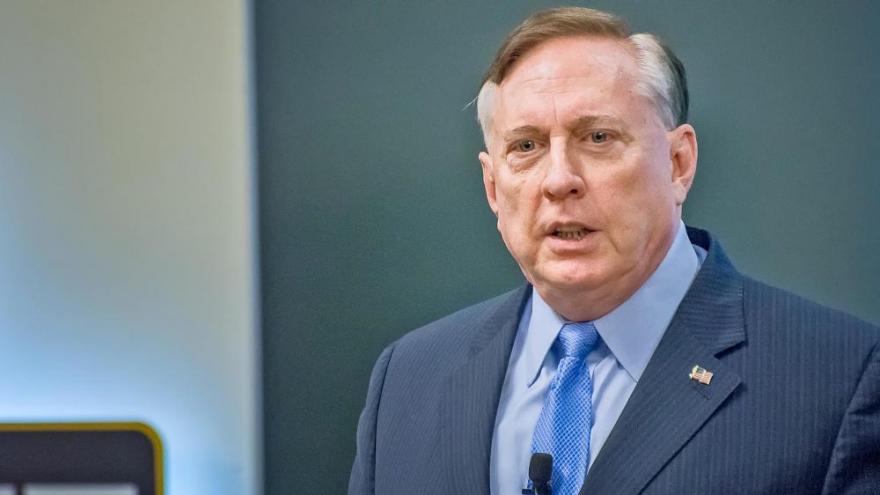 President Donald Trump announced his intent to nominate retired Army colonel Douglas Macgregor as the next US ambassador to Germany.

(CNN) -- President Donald Trump announced his intent to nominate retired Army colonel and frequent Fox News guest Douglas Macgregor as the next US ambassador to Germany.

If confirmed, Macgregor would take on the post following the departure of controversial former Ambassador Richard Grenell, who formally left the role at the beginning of June. Macgregor's nomination has been in the works for weeks.

In a statement from the White House on Monday, Macgregor is described as "a decorated combat veteran, author, and a consultant" and "an expert on force design and grand strategy."

According to the White House, "Macgregor worked in support of Ambassador (Richard) Holbrooke's team during the Proximity Talks in Dayton, Ohio," which were negotiations hosted by the US in 1995 to end the war in Bosnia.

"Later, he worked closely with senior military and political leaders of the United States, the United Kingdom, and Germany as the Chief of Strategic Planning and, subsequently, as the Director of the Joint Operations Center at Supreme Headquarters, Allied Powers Europe, during the Kosovo Air Campaign," the White House said.

Macgregor is a frequent guest on Fox News.

Career diplomat Robin Quinville has been at the helm of the US embassy in Berlin since June. Grenell, a Trump political appointee, was confirmed in April 2018 and served in the post for just more than two years.

The post has been without a confirmed ambassador while the President has sought to reduce the number of troops in Germany -- a move that has drawn bipartisan criticism that it weakens the US' ability to deter Russia.

Trump approved plans to redeploy 9,500 troops from Germany in late June after being briefed by Secretary of Defense Mark Esper and Chairman of the Joint Chiefs of Staff Mark Milley, according to the chief Pentagon spokesperson.