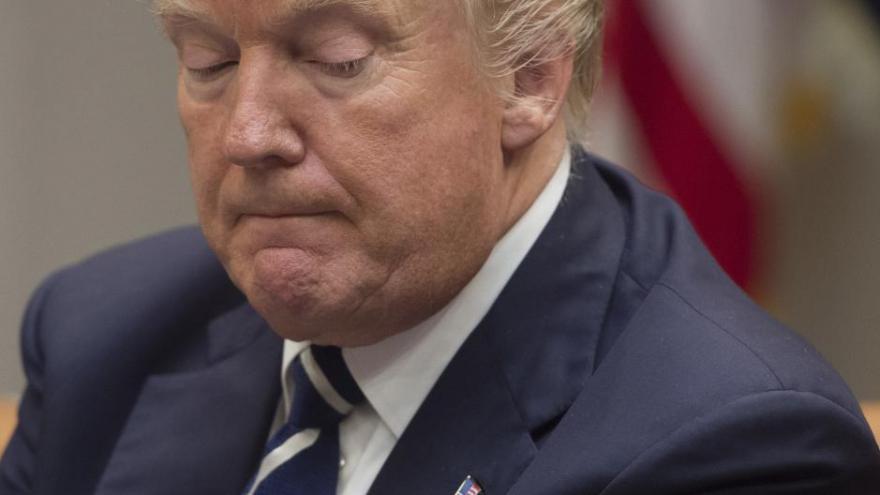 (CNN) -- President Donald Trump has decided to use federal disaster powers to release more resources to combat the spread of coronavirus, people familiar with the decision said, and could declare a major disaster or emergency by Thursday afternoon.

The formal declaration is going through White House legal review as officials navigate how broad it can be, the sources said.

Aides have been weighing such a move for the past several days as a way to provide more resources for combating the coronavirus outbreak.

"We have things that I can do, we have very strong emergency powers under the Stafford Act," Trump told reporters in the Oval Office on Thursday. "I have it memorized, practically, as to the powers in that act. And if I need to do something, I'll do it. I have the right to do a lot of things that people don't even know about."

But he stopped short of saying whether he planned to approve the new declaration later in the day.

The declaration would free up funding and allow the Federal Emergency Management Agency to head up certain aspects of the outbreak response.

There are two types of declarations that a governor could request from the President -- emergency declarations and major disaster declarations, both of which are authorized by the Stafford Act.

A declaration would put FEMA -- the agency within the Department of Homeland Security that would be activated by a declaration -- in a position to help provide additional supplies, assist with logistics like the transport of residents if needed, and put up temporary medical facilities.