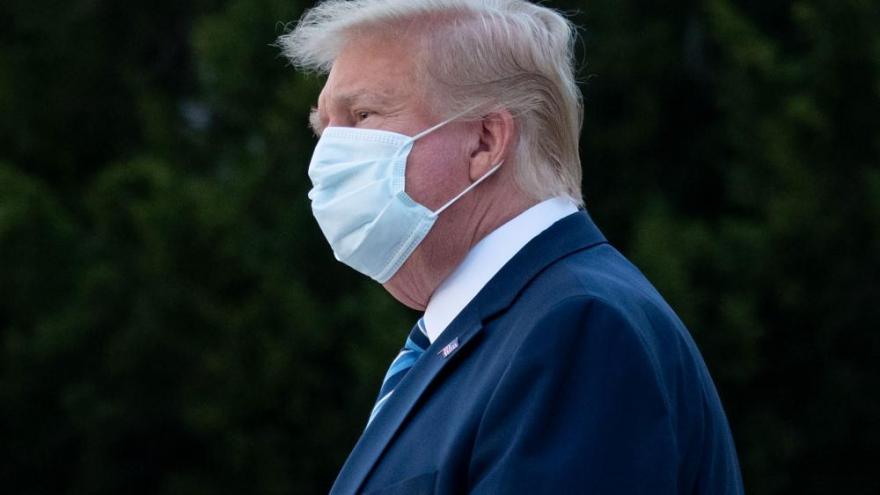 WASHINGTON (AP) — President Donald Trump has made his first public appearance since returning to the White House after being treated for the coronavirus.

The White House has refused to declare that he is no longer contagious, and the gathering of hundreds of people on the South Lawn has gone ahead despite the guidance of public health officials.

Trump delivered an address on his support for law enforcement from Blue Room balcony to a friendly crowd.

The president wore a mask as he walked for the speech but took it off to make his remarks.

He received an enthusiastic response from his supporters.