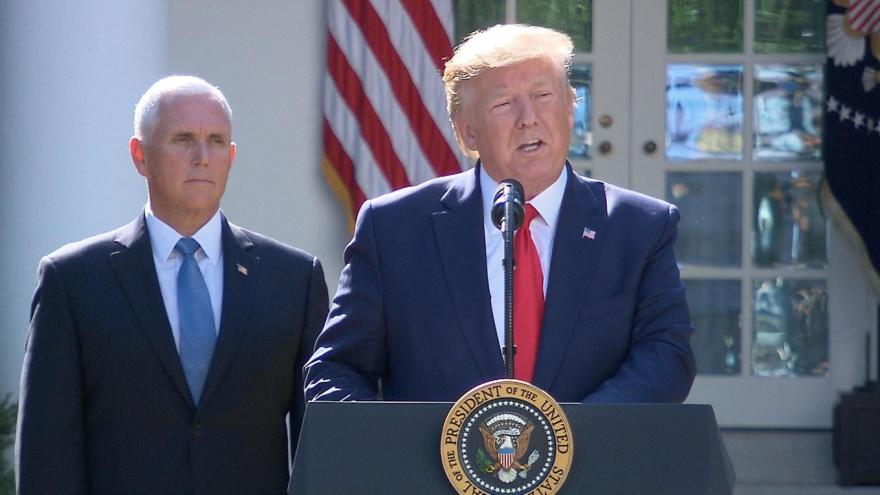 "Those who wish to harm the United States, to seek to challenge us on the ultimate high ground of space, it's going to be a whole different ballgame," Trump said at a White House ceremony marking the command's establishment.

The command will initially consist of just 287 personnel and its final location has yet to be determined. Its responsibilities will be transferred primarily from US Strategic Command.

The command's establishment comes as the US has grown increasingly concerned about threats to its satellites, which are critical to military operations and commercial business.

"We no longer have the luxury of treating space superiority as a given," Air Force Gen. John Raymond, the incoming US Space Command commander, told reporters at the Pentagon on Thursday.

"There is a growing threat. The scope, scale and complexity is concerning," Raymond said, adding that "there's reversible jamming of GPS communication satellites. There's directed energy threats. There's missiles that can be shot from the ground and blow up a satellite, like was demonstrated by China in 2007. So there's a full spectrum. We're concerned about all of those threats."