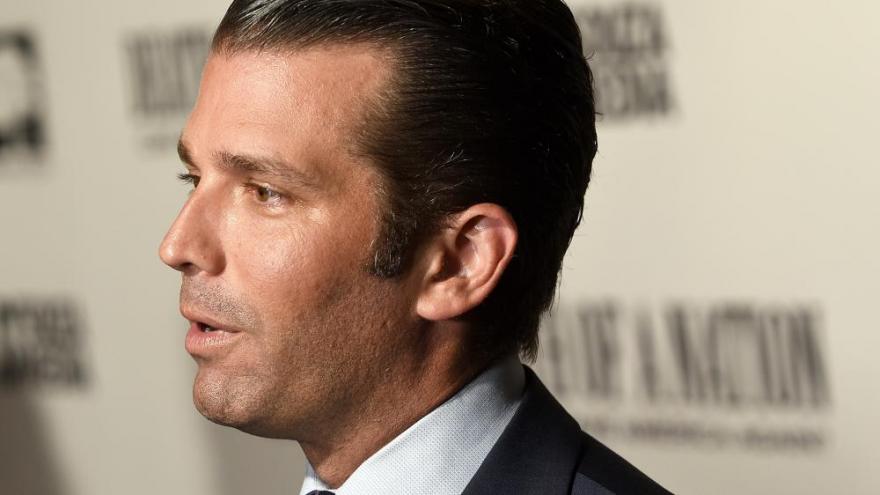 Donald Trump Jr.'s trip to Mongolia last August, where he hunted a rare breed of giant sheep, cost US taxpayers about $75,000 in Secret Service protection, according to documents obtained by a government watchdog group.

(CNN) -- Donald Trump Jr.'s trip to Mongolia last August, where he hunted a rare breed of giant sheep, cost US taxpayers about $75,000 in Secret Service protection, according to documents obtained by a government watchdog group.

An official who works for Trump Jr. told CNN the trip to Mongolia, with the exception of Secret Service, was personally paid for by Trump Jr.

The journey to East Asia by President Donald Trump's eldest son included a hunt of Argali sheep, the largest species of sheep, noted for their giant horns. Argali are considered a near-threatened species, according to the Red List of Threatened Species, in large part due to trophy hunting. Trump Jr. often shares social media posts with images from his hunting and fishing trips to locations across the globe. He has received harsh criticism from animal rights' groups and conservationists for his penchant for trophy and "big game" hunting.

Trump Jr. posted several photos of the Mongolia trip, including an Instagram of himself and one of his sons outside a traditional yurt, one of him on horseback and one taken from a vehicle trailing a large herd of sheep. In one caption, Trump called Mongolia "incredibly pristine land."

Trump Jr. reportedly met with Mongolian President Khaltmaagiin Battulga during his visit, according to the Washington Post, which occurred less than one month following a trip Battulga made to the White House to meet with the President to discuss relations with the United States.

A spokesperson for Trump Jr. did not respond to a CNN request for confirmation of a Mongolian-based meeting with Battulga.

The three eldest children of the President have come under scrutiny by watchdog groups such as CREW for the number of personal trips each has taken during their father's presidency, and the ensuing cost to taxpayers for Secret Service protection, which as children of the President of the United States, they are entitled, but not obligated, to use.