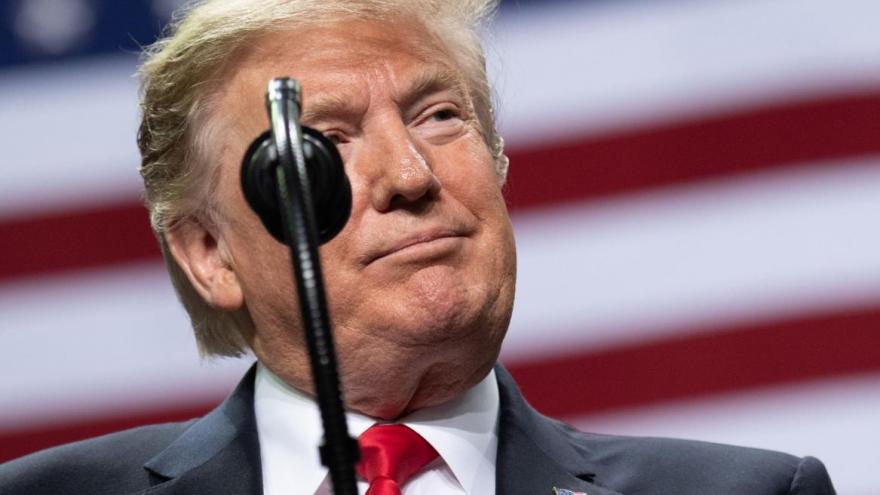 President Donald Trump announced a plan for sweeping changes to the US asylum process Monday evening in a memo for the attorney general and homeland security secretary.

(CNN) -- President Donald Trump on Monday evening proposed sweeping changes to how the US treats asylum-seekers, including charging fees to file asylum applications and limiting access to work permits.

Trump has repeatedly railed against the rising number of asylum-seekers, suggesting many have been coached in order to win their claims, and this is the latest move from the administration to attempt to curtail migrants from claiming asylum.

In a memo for the attorney general and homeland security secretary, Trump orders them to develop policies to settle asylum applications within 180 days of filing; require a fee for asylum applications and work permit applications; and bar migrants who have entered or attempted to enter the US illegally from receiving work authorization before any relief or protection is granted.

The memo gives the Justice and Homeland Security departments 90 days to develop the proposals, but it is unclear how long it would take before any of the rules take effect. Any changes to asylum procedures are also certain to be challenged in federal court, where many of the administration's immigration rules have been blocked.

This is the latest move from the White House to attempt to change the immigration legal landscape without congressional action. Acting Homeland Security Secretary Kevin McAleenan will testify Tuesday on Capitol Hill.

The measures outlined in the memo would likely make it harder to apply for asylum by slapping a fee on applications and keeping some from working legally in the US "before any applicable application for relief or protection from removal has been granted." It also notes that work authorization is to be stripped from migrants who are denied asylum or subject to a final order of removal.

"The purpose of this memorandum is to strengthen asylum procedures to safeguard our system against rampant abuse of our asylum process," it reads.

In the memo, the President also cites his national emergency declaration, which allowed him to circumvent Congress and unlock money to build his signature border wall. "That emergency continues to grow increasingly severe," it reads.

Border apprehensions have continued to increase. It's not only the uptick in illegal border crossings that's raised issues for the Department of Homeland Security, however; it's also the shift in population -- from single men to families and children predominantly from Northern Triangle countries.

In March, there were more than 92,000 arrests of undocumented migrants for illegal entry on the southern border, up from 37,390 in March 2018 -- the majority of whom were families, according to data from Customs and Border Protection.