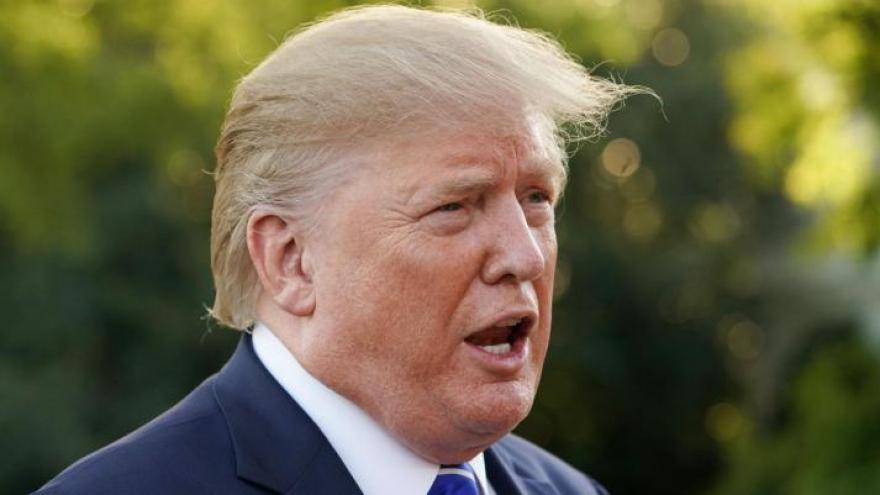 The award ceremony comes as lawmakers return to Washington after an August recess book-ended by the massacres and pressure mounts on the President to plot a course on gun control measures.

Trump awarded six Dayton law enforcement officials with the Medal of Valor -- the highest national honor given to US public safety officers -- and gave certificates of commendation to five civilians involved in the El Paso shooting.

"In the midst of such profound anguish, one memory fills us with hope," Trump said in his remarks in the White House East Room. "When evil showed its hideous face, Americans of all walks of life rose up -- and they did, they rose up -- they defied fear, they stared down death to protect the innocent. And stand tall they did just for righteous and for good."

In May, the President awarded the Medal of Valor to 14 public safety officers, with honorees including an Ohio State University officer who thwarted an act of terrorism and a fallen Dallas officer killed during a mass shooting at a police protest march.

The Medal of Valor is typically awarded once a year. But Attorney General William Barr said in remarks at the White House ceremony on Monday that he made the exception to award the Dayton officers.

While polling shows Americans broadly united on support for increased gun control measures, Republican leaders on Capitol Hill have said they are waiting for Trump to take a clear stance on what kind of bill he would sign before deciding how to proceed.