Trump inquires about US buying Greenland, but it's not for sale 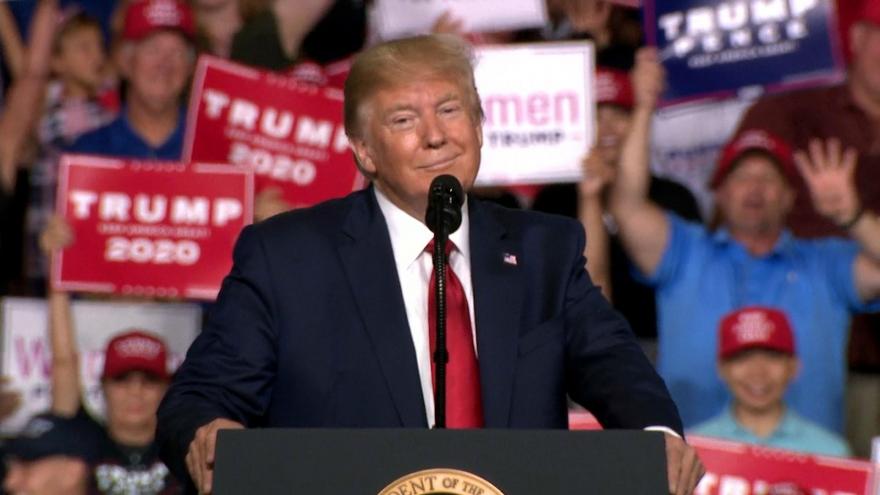 The island's government, however, said in a statement Friday it's not going to happen: "Greenland is not for sale."

(CNN) -- President Donald Trump has on multiple occasions brought up buying Greenland from the Danish government and the White House counsel's office has looked into the possibility, two sources told CNN on Thursday.

The island's government, however, said in a statement Friday it's not going to happen: "Greenland is not for sale."

Trump's interest in buying Greenland was first reported on Thursday by The Wall Street Journal. The Journal reported that people familiar with the deliberations said the President has raised the issue during meetings and dinners, asking aides and listening seriously about the possibility and advantages of owning Greenland. He also asked his White House counsel to research the matter, according to two of the people.

Two of the people also told the Journal that Trump's aides were divided on the issue, with some praising it as solid economic strategy and others dismissing it as a passing fancy.

CNN has contacted the White House and the State Department for comment.

"They tried to buy us in 1867, during Second World War, and now they are trying again," local Kulusuk resident Bent Abeelsen told CNN. "Not gonna happen."

Greenland, an autonomous Danish territory, is home to Thule Air Base, the US military's northernmost base, located about 750 miles above the Arctic Circle and built in 1951. The radar and listening post features a Ballistic Missile Early Warning System that can warn of incoming intercontinental ballistic missiles and reaches thousands of miles into Russian territory.

Aides expressed both expectation and reservation at the President's still-unclear interest in the idea and had questions about the island's military and research potential, the Journal reported. They pointed to those outside the administration floating a Greenland purchase as a potential legacy-builder for Trump, similar to President Dwight Eisenhower's statehood for Alaska, the paper added.

According to the Journal, one person described a dinner last spring where Trump told associates he had been advised to look into buying Greenland because Denmark faced financial trouble from supporting the territory.

"What do you guys think about that?" Trump asked the room, the person told the paper. "Do you think it would work?"

The person told the paper that Trump's comments seemed like more of a joke about his power than a genuine question. The person thought that the President was interested in Greenland due to its natural resources.

Trump's attempt would not be the first American effort to buy Greenland. Though President Harry Truman dodged questions about his pursuit of control in the region, the United States allegedly tried to buy Greenland in 1946, and in 1867, Secretary of State William Seward showed interest in purchasing the island.

CORRECTION: This story has been updated to correct Eisenhower's role in Alaska's history.