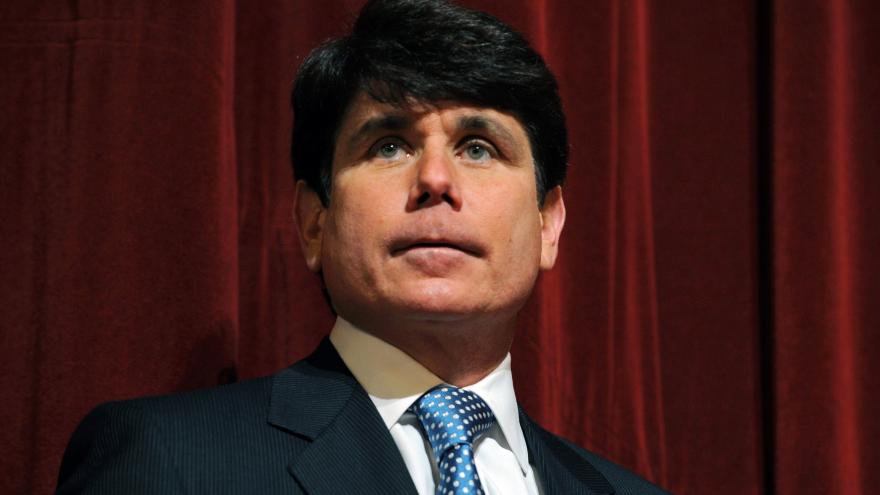 Trump told reporters at Joint Base Andrews that Blagojevich "served eight years in jail. It's a long time to go."

Trump publicly hinted he would use his clemency powers for Blagojevich, a Democrat, in August. But he faced sharp blowback from some conservative members of Congress, including from Illinois, as well as from some White House advisers who said it wouldn't play well.

Internally, the effort to pardon or commute Blagojevich's sentence was championed by Jared Kushner, who has led the administration's criminal justice reform efforts.

Blagojevich appeared on Trump's boardroom reality show NBC's "Celebrity Apprentice" in 2010 but was fired by the future president before the final round.

Trump told reporters he doesn't know Blagojevich well, but had seen his wife Patti appealing for clemency on television.

He linked his prosecution to former FBI Director James Comey, a close friend of former US attorney in Illinois Patrick Fitzgerald, who led the prosecution against Blagojevich.

"It was a prosecution by the same people -- Comey, Fitzpatrick -- the same group," Trump said.

He said he wanted Blagojevich to be able to see his family again after serving eight years in prison.

By August, the White House had already been working for several months on vetting Blagojevich's case. The President first raised it in 2018.

Trump has suggested in his public comments about the case that he believes Blagojevich was simply doing what all politicians do.

"I would think that there have been many politicians -- I'm not one of them, by the way -- that have said a lot worse over the telephone," he said last year.