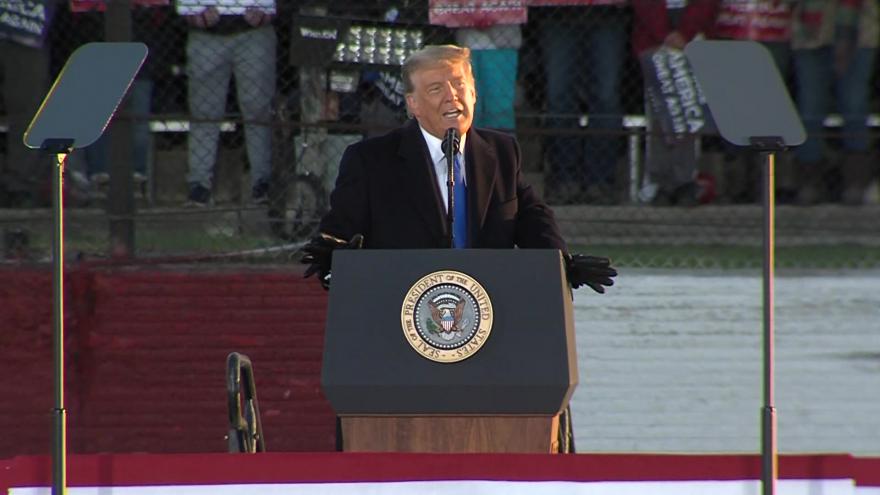 President Donald Trump's campaign says it has filed a lawsuit trying to halt the vote count in battleground Michigan.

The latest counts gives Trump's Democratic challenger Joe Biden a small lead, but the race is still too early to call.

Trump campaign manager Bill Stepien says in a statement Wednesday that the campaign "has not been provided with meaningful access to numerous counting locations to observe the opening of ballots and the counting process, as guaranteed by Michigan law."

He says a suit was filed Wednesday in the Michigan Court of Claims "to halt counting until meaningful access has been granted."

Michigan is a critical battleground state that helped deliver Trump the presidency four years ago, along with Wisconsin and Pennsylvania. Neither Wisconsin or Pennsylvania has been called yet.