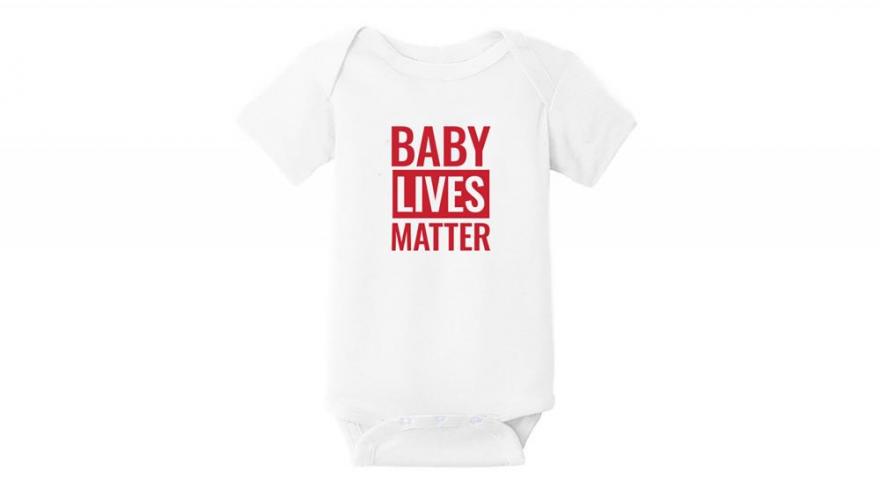 The "Baby Lives Matter" onesies are designed to highlight the President's support for the anti-abortion movement.

(CNN) -- Amid unprecedented civil unrest in response to police brutality across the country, President Donald Trump's campaign is offering a onesie for babies on its website with the words "Baby Lives Matter" in the script and style of the "Black Lives Matter" movement logo.

The onesies are designed to highlight the President's support for the anti-abortion movement. They were originally offered as a promotion around the March for Life in January and remain available for purchase for $18, listed as a "limited edition" item. Trump is the first US president in history to speak at the march, an annual protest in Washington against abortion rights, since the historic Roe v. Wade decision was handed down in 1973.

A campaign spokesperson declined to comment on the sale of the onesies, but confirmed they were offered in conjunction with the March for Life.

Some have used the "lives matter" portion of the Black Live Matters slogan to co-opt the message of that movement, which highlights systemic racism and inequality faced by African Americans.

The sale of the onesies continues amid the widespread protests following the death of George Floyd, a black man who died after a white police officer knelt on his neck. Floyd's death on Memorial Day has led to mass demonstrations and a public reckoning over racism in the US.