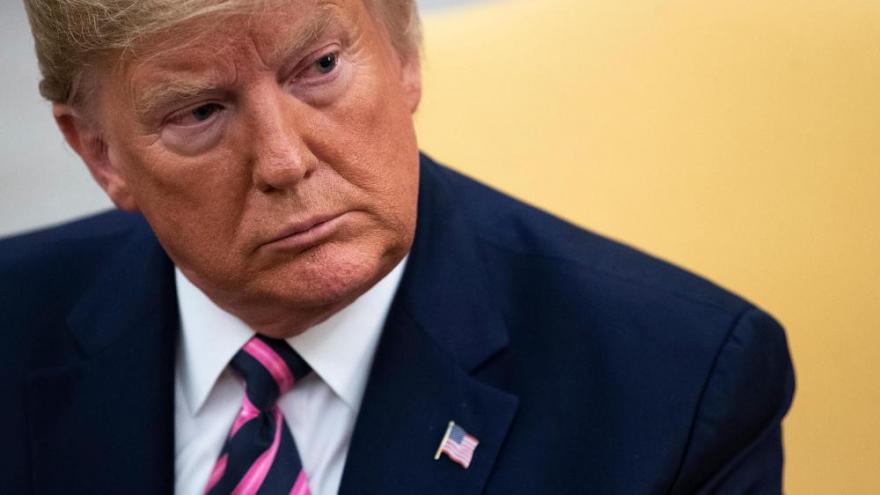 President Donald Trump is entering 2020 with a sizable campaign war chest ahead of the presidential election. The President's reelection campaign raised $46 million in the final quarter of 2019,

(CNN) -- Amid escalating foreign policy crises and a looming Senate impeachment trial, President Donald Trump is entering 2020 with a sizable campaign war chest ahead of the presidential election.

The President's reelection campaign raised $46 million in the final quarter of 2019, the campaign announced Thursday, noting in a statement that the haul represents "the best fundraising quarter for the campaign in the 2020 election cycle."

The campaign has argued that the President's impeachment has emboldened his supporters and bolstered their campaign contributions. On the day the House of Representatives voted to formally launch the impeachment inquiry in October, the campaign raised $3 million online.

"President Trump's unprecedented fundraising is testament to his wide grassroots support and his stellar record of achievement on behalf of the American people," Parscale said in a statement Thursday, adding, "Democrats and the media have been in a sham impeachment frenzy and the President's campaign only got bigger and stronger with our best fundraising quarter this cycle."

Trump has a strong incumbent advantage in comparison to the wide 2020 Democratic field. Sen. Bernie Sanders raised more than $34.5 million this quarter, one of the largest quarterly totals of any Democratic candidate this election cycle. Pete Buttigieg raised more than $24.7 million in the last quarter, and businessman Andrew Yang raised $16.5 million.

Tuesday was the last day of the fundraising quarter. Candidates have until January 31 to disclose the details of their fundraising and spending to the Federal Election Commission.