Trump campaign asks supporters if the President should run in 2024 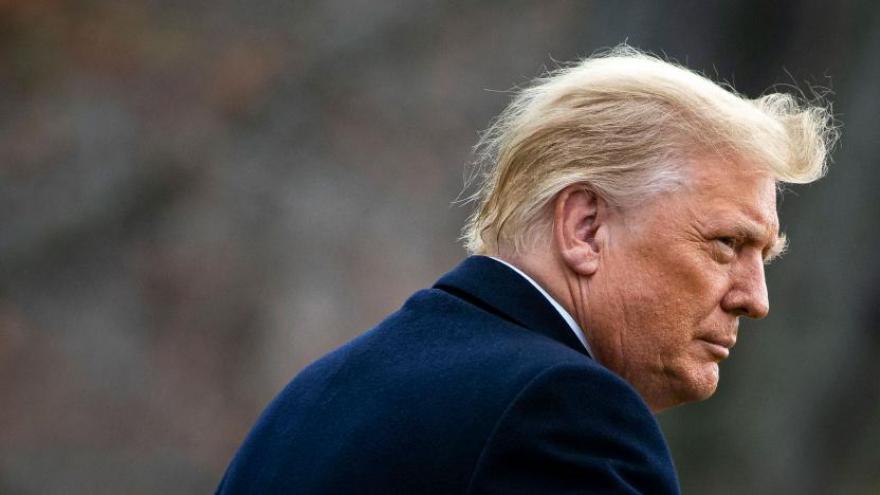 President Donald Trump has not conceded the presidential election, but it appears a fundraising appeal from his campaign may have finally done so.

(CNN) -- President Donald Trump has not conceded the presidential election, but it appears a fundraising appeal from his campaign may have finally done so.

"Should President Trump run in 2024?" a fundraising email from the campaign sent to supporters Tuesday evening asked.

Like most campaign fundraising emails from both parties, Tuesday evening's note -- one of seven sent just on Tuesday -- appealed to its recipients with bombastic, urgent language.

"Let's make something clear: the Radical Left STOLE this Election from President Trump," the email said.

There is no evidence of widespread fraud in the 2020 election, and the Electoral College officially affirmed President-elect Joe Biden's victory on Monday.

The email continued, "He's always been able to count on the American People for advice, which is why he asked us to reach out with ONE very important question," linking to a poll.

Once participants complete the "Yes" or "No" poll, they are encouraged to contribute to what it described as the "Senate Runoff Election."

The White House press secretary could not answer that same question when standing at the White House briefing room's podium earlier Tuesday.

"I will leave that to the President, but he's still pursuing ongoing litigation at the moment for this election," Kayleigh McEnany said when asked whether Trump intends to run in four years and whether she would like to be part of his campaign.

The legal fine print on the donation page, which says Trump is raising money for the US Senate runoff elections in Georgia, shows that 75% of the funds donated up to $5,000 will go to Save America, a new Trump fundraising leadership PAC launched after the election. Save America could become an avenue for Trump to continue funding political operations as he weighs a presidential bid in 2024.

The rules on spending by leadership PACs are far more relaxed than those for campaign committees and do not restrict politicians from using donors' funds for personal expenses -- a use forbidden in a presidential campaign account.

So far, it's been a lucrative effort -- the campaign had raised more than $207 million since Election Day amid Trump's baseless election fraud claims as of December 4.