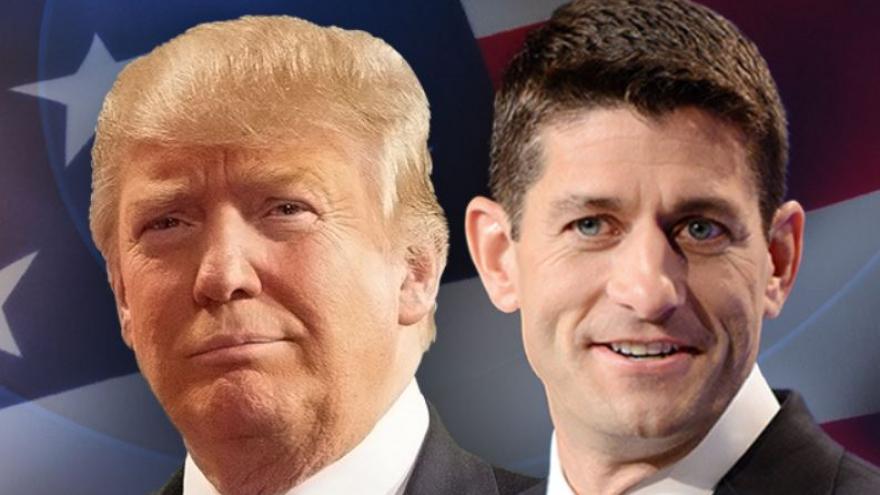 President Donald Trump is criticizing Republican House Speaker Paul Ryan for dismissing his call to end so-called birthright citizenship for the children of non-U.S. citizens born in the country.

Trump tweets that Ryan "should be focusing on holding the Majority rather than giving his opinions on Birthright Citizenship, something he knows nothing about!"

Paul Ryan should be focusing on holding the Majority rather than giving his opinions on Birthright Citizenship, something he knows nothing about! Our new Republican Majority will work on this, Closing the Immigration Loopholes and Securing our Border!

Ryan, who is retiring from Congress after this term, said Tuesday that Trump "obviously" could not end birthright citizenship through executive action, and legal scholars are divided on whether even Congress can do it by legislation.

Trump appears to be backing off his desire to do it by executive action, tweeting, "Our new Republican Majority will work on this, Closing the Immigration Loopholes and Securing our Border!"

President Donald Trump says the right to citizenship for babies born to non-U.S. citizens on American soil "will be ended one way or the other."

As Trump considers an executive action to curtail what he terms "so-called Birthright Citizenship," he tweets that "It is not covered by the 14th Amendment."

He added Wednesday: "Many legal scholars agree" with his interpretation.

In fact, House Speaker Paul Ryan and scholars widely pan the idea that Trump could unilaterally change the rules on who is a citizen. And it's highly questionable whether an act of Congress could do it, either.

Trump has discussed the issue before and reinjected it into the political conversation just days before the 2018 midterms as he looks to energize his base.

President Donald Trump is rushing out hardline immigration declarations, promises and actions as he tries to mobilize supporters to retain Republican control of Congress in the midterm elections.

Trump says he's sending thousands of U.S. troops to stop an "invasion" of migrants at the U.S.-Mexico border even though the migrants are on foot hundreds of miles away. Trump says tent cities could be set up for asylum seekers even though that would not resolve the massive U.S. backlog of asylum seekers. And Trump says he'd like to end the Constitution's guarantee of birthright citizenship even though most legal scholars say that would require a new constitutional amendment.

Trump says this "has nothing to do with elections," but his timing is striking.

Trump's presidential campaign in 2016 concentrated on border fears, and that's his final-week focus in the midterm fight.