'Trump Baby' blimp will live on in a museum 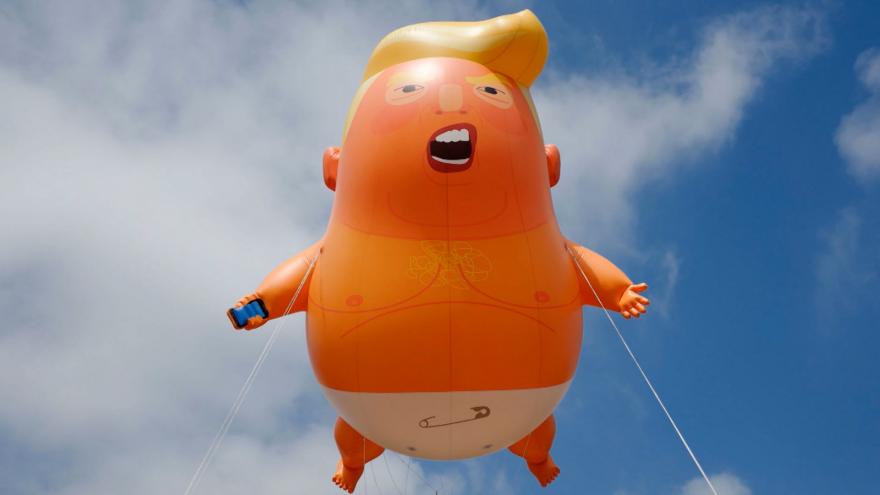 (CNN) -- A giant blimp depicting Donald Trump as a diaper-clad baby, which followed the outgoing US President on his visits to London and symbolized international opposition to his administration, has secured its place in history after being acquired by a British museum.

The 20-foot-tall "Trump Baby" blimp was created ahead of the President's first visit to the UK, when hundreds of thousands of Britons poured onto the country's streets to protest his presence in the country.

It will now be displayed in the Museum of London alongside other remnants of public protests in the British capital, the institution announced on the eve of Trump's departure from the Oval Office.

"We hope the baby's place in the museum will stand as a reminder of when London stood against Trump -- but will prompt those who see it to examine how they can continue the fight against the politics of hate," the team behind the blimp said.

The balloon became famous around the world when London's mayor, Sadiq Khan, whom Trump has frequently denigrated, gave permission for it to fly above the city during his initial visit. Since then, it has followed the President on his trips around the world, appearing in Washington DC and at several of Trump's rallies and international tours.

"This large inflatable was just a tiny part of a global movement -- a movement that was led by the marginalised people whose Trump's politics most endangered," the blimp's creators added in a statement. 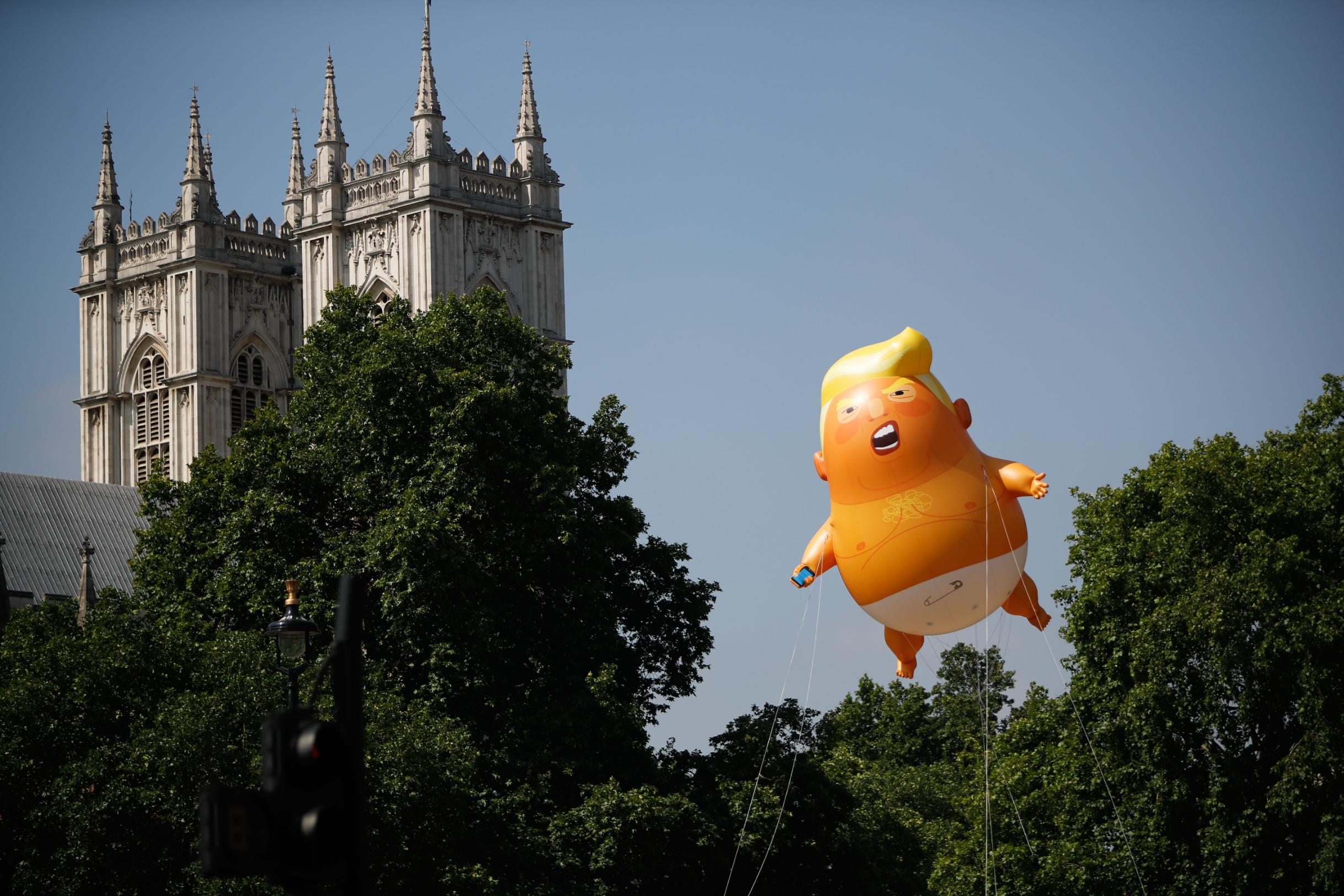 "London has always been an open, ever-evolving polyglot city. A haven for knowledge, tradition and controversy and over thousands of years we have played host to many a historic protest," said Museum of London Director Sharon Ament.

"By collecting the baby blimp we can mark the wave of feeling that washed over the city that day and capture a particular moment of resistance -- a feeling still relevant today as we live through these exceptionally challenging times -- that ultimately shows Londoners banding together in the face of extreme adversity," she added.

Trump is overwhelmingly unpopular in the UK and in several other major countries, and studies have shown that the global image of the US has tumbled under his leadership. Fewer than 1 in 5 people in Canada and Western Europe trusted Trump to do the right thing in international affairs, a Pew study found in September.