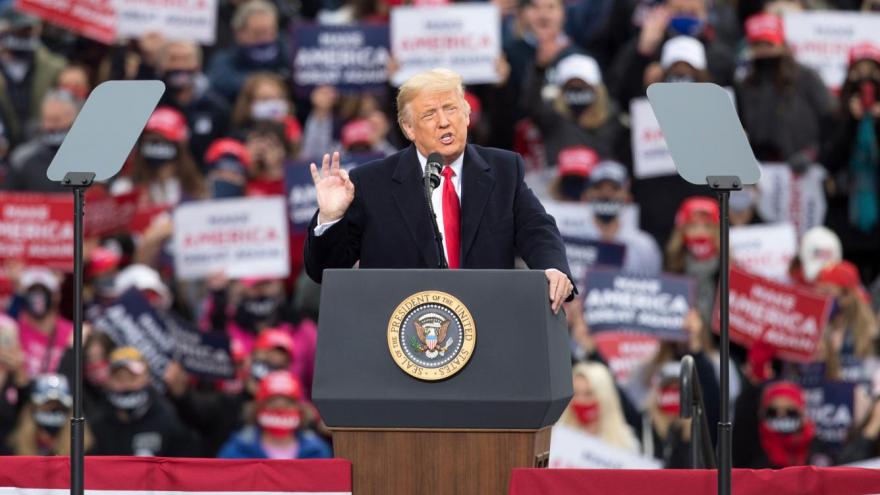 (CNN) -- A Trump appointee tasked with advising the administration on federal civil servants' pay has resigned over his objections to a new executive order that appears to provide the President more leeway in the hiring and firing of federal employees deemed disloyal.

Ronald Sanders, who served as a member and chair of the Federal Salary Council, tendered his resignation on Monday to the director of White House Presidential Personnel, John McEntee, according to a letter obtained by CNN.

"On its surface, the President's Executive Order purports to serve a legitimate and laudable purpose ... that is, to hold career Federal employees 'more accountable' for their performance," Sanders wrote. "However, it is clear that its stated purpose notwithstanding, the Executive Order is nothing more than a smokescreen for what is clearly an attempt to require the political loyalty of those who advise the President, or failing that, to enable their removal with little if any due process."

He added: "I simply cannot be part of an Administration that seeks to do so ... to replace apolitical expertise with political obeisance."

Sanders, a lifelong Republican and human resources professional who has spent decades in different roles across the federal government, wrote to McEntee that career federal employees "take an oath to preserve and protect our Constitution and the rule of law ... not to be loyal to a particular President or Administration."

The order, he said, "seeks to make loyalty to (the President) the litmus test for many thousands of career civil servants, and that is something I cannot be part of."

Sanders did not respond to CNN's requests for comment.

The order, which was issued last week, creates a new classification of federal employees titled "Schedule F" for employees serving in "confidential, policy-determining, policy-making, or policy-advocating positions" that typically do not change during a presidential transition.

The White House says the directive will give federal agencies more flexibility to hire "Schedule F" employees but also be able to remove "poor performers" from these roles without going through a lengthy appeals process. The White House also says that the order prohibits "certain personnel actions" against "Schedule F" employees, including "actions on the basis of the employee's partisan affiliation, other protected characteristics, or because of the employee's status as a whistleblower."

But Sanders joins a growing group of voices within the federal government expressing objections to the executive order.

The American Federation of Government Employees -- the largest union for federal employees -- called the order the "most profound undermining of the civil service in our lifetimes."

The order has also drawn the scrutiny of the nonprofit Partnership for Public Service, the Senior Executives Association and Democrats in Congress.

The President has long pushed the conspiracy that there is a "deep state" embedded within the government bureaucracy conspiring against him.

After his impeachment acquittal, Trump was eager to purge his administration of officials he perceived as anti-Trump and instead install officials who have previously proved their loyalty to him. And amid the coronavirus pandemic, there have been recurring concerns that career employees within the federal government's health agencies are being undermined by political appointees for the President's political gain.

In February, Trump's personnel chief, McEntee, told agency officials to watch for staffers disloyal to Trump and to expect staffing changes and movements across the government, which was first reported by Axios.

While speaking in Atlanta ahead of the President in September, Carson was captured holding a set of talking points that appeared to lodge complaints about the office McEntee heads.

"I am very loyal to you and after you win I hope to stay in your administration," the notes in Carson's hands said. "I am not happy with the way PPO (Presidential Personnel Office) is handling my agency."