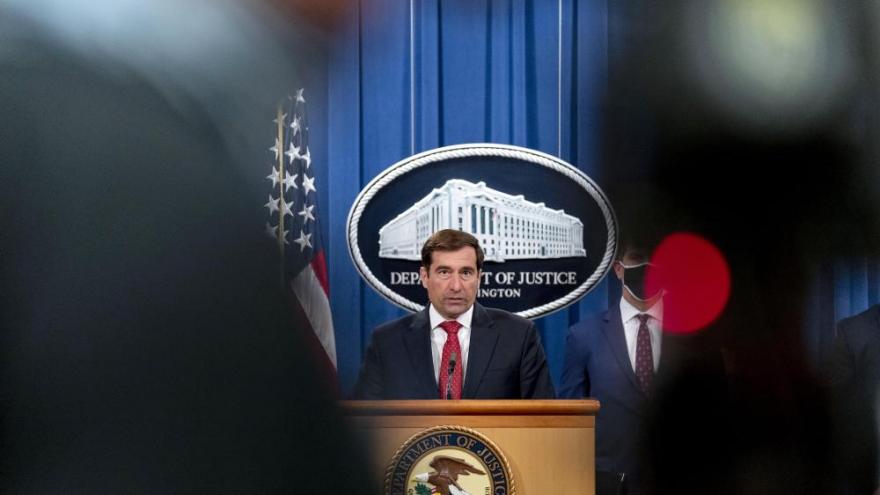 John Demers, pictured here in Washington, DC on October 2020, is leaving at the end of June as planned, a person briefed on the matter told CNN.

(CNN) -- John Demers, the Trump-appointed head of the Justice Department's national security division, is leaving at the end of the month as planned, a person briefed on the matter told CNN Monday.

The national security division plays a large role in leak investigations and was involved in the records seizures that have become public involving members of the media, and lawmakers.

Demers has emerged as a key figure in the widening scandal over the Justice Department's pursuit of records from journalists and political opponents as part of a leak investigation. Senate Majority Leader Chuck Schumer on Sunday demanded Senate Republicans join Democrats to subpoena Demers, as well as Trump-era Attorneys General Jeff Sessions and William Barr, following the revelations.

Demers became assistant attorney general for national security in February 2018, the same month that prosecutors in the Justice Department subpoenaed Apple for data from the accounts of House Intelligence Committee Democrats -- including Chairman Adam Schiff -- along with their staff and family members as part of a leak investigation.

He clerked for late Supreme Court Justice Antonin Scalia from 2005 to 2006 and was an adjunct professor at the Georgetown University Law Center where he taught national security. He graduated from College of the Holy Cross and Harvard Law School. Demers was also vice president and assistant general counsel at Boeing.