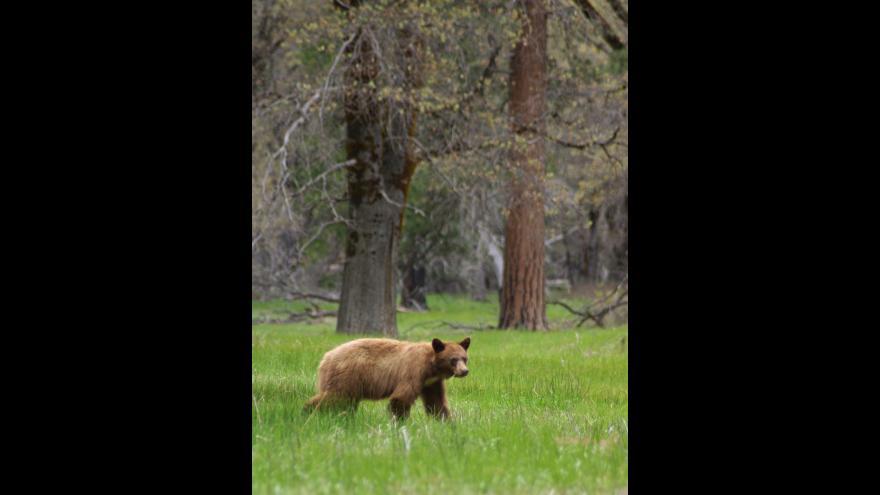 (CNN) -- President Donald Trump announced Wednesday that national parks and public lands will be reopening following coronavirus-related closures, but officials underscored that the reopenings will be gradual and tailored to states' varying levels of public health restrictions.

"We're starting to open our country again," Trump said during a White House tree planting ceremony marking Earth Day and Arbor Day. "Thanks to our significant progress against the invisible enemy, I'm pleased to announce that in line with my administration's guidelines for opening up America again, we will begin to reopen our national parks and public lands for the American people to enjoy."

Vice President Mike Pence said during the ceremony that the Trump administration would "work closely with governors" to reopen the parks and public lands, "so that the American people can enjoy the blessings of those extraordinary places."

Interior Secretary David Bernhardt tweeted following the announcement that the administration is "committed to working with governors and local public health officials to gradually reopen our National Parks in a safe manner for the American people to once again enjoy."

The National Parks Service also underscored in a statement to CNN on Thursday that the reopening of parks would be gradual and that they "will continue to work with state and local officials as these changes are implemented."

"In our parks, our operational approach will be to examine each facility function and service provided to ensure those operations comply with current public health guidance. Decisions on a phased resumption of operations will be made on a park-by-park basis and regularly monitored," the statement said.

Operational changes for each specific national park will be provided soon, an Interior spokesperson said Wednesday.

An Interior official downplayed this as a major new announcement, noting space at some parks has remained open throughout the pandemic.

The official said the Department of the Interior and the National Park Service will work at the state level to open parks as those individual states begin to reopen, but the expectation at the moment is that the administration won't move to open parks before the states they're located in move to at least Phase One of the federal reopening guidelines.

As a result of the coronavirus pandemic, the National Park Service announced earlier this spring that it would make "significant operational changes," which included the closure of "most park buildings, facilities, and restrooms," as well as entire parks in some cases.

But the closures have not been all-encompassing. For example, certain roads at Zion National Park and the Great Smoky Mountains National Park remain open. And some of Cedar Breaks National Monument remains open to snowmobiles and foot traffic.

In some cases, park closures were preemptive, but in other cases, closures were the result of pressure from residents, lawmakers and public health officials.

Zion remained open until early April, according to The Salt Lake Tribune. The National Park Service closed the site only after receiving a request from Utah's top health official.

The Grand Canyon National Park closed its facilities on April 1, after receiving a request from the health and human services director and chief health officer for Coconino County, which encompasses the park and other nationally protected lands.

CNN's Sarah Westwood and Nikki Carvajal contributed to this report.