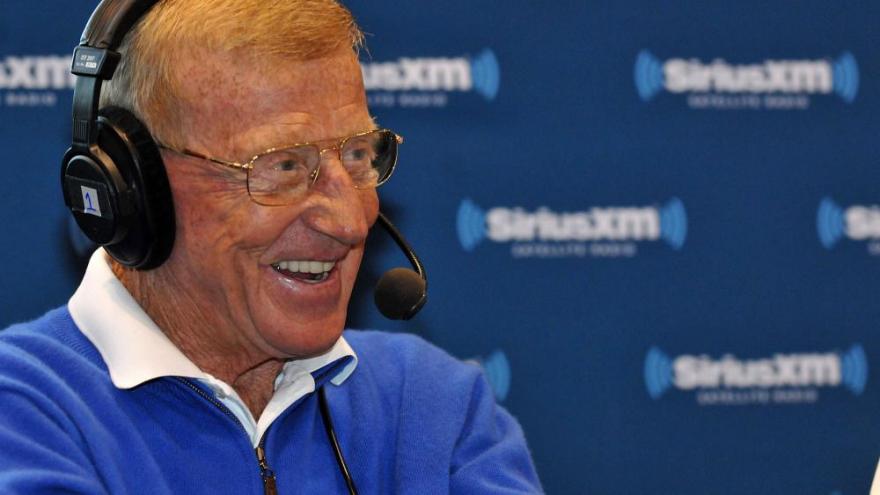 President Donald Trump on Friday announced he will award the Medal of Freedom to legendary college football coach and supporter Lou Holtz.

(CNN) -- President Donald Trump on Friday announced he will award the Medal of Freedom to legendary college football coach and supporter Lou Holtz.

"There's a man that's an incredible leader, Lou Holtz. I've known him for a long time. He's been a friend of mine," Trump said Friday.

Holtz, the former head coach of Notre Dame and South Carolina, was in the briefing room as Trump made the announcement. He endorsed Trump for President in 2016.

Trump told reporters that he received "letters from every football coach almost in the nation" recommending Holtz for the honor.

A date for the ceremony has not yet been decided but Trump added it "won't be in the too distant future."

"The main reason I'm endorsing him: I have played his golf course and stayed in his hotel. He does nothing but go first class on everything. He wants his country to be first class as well." Holtz said in his 2016 endorsement video of Trump.

Holtz, a Hall of fame coach, guided Notre Dame to a 100-30-2 record in 11 seasons. He has also founded Holtz's Heroes Foundation, which provides a platform to help underprivileged students at Notre Dame.