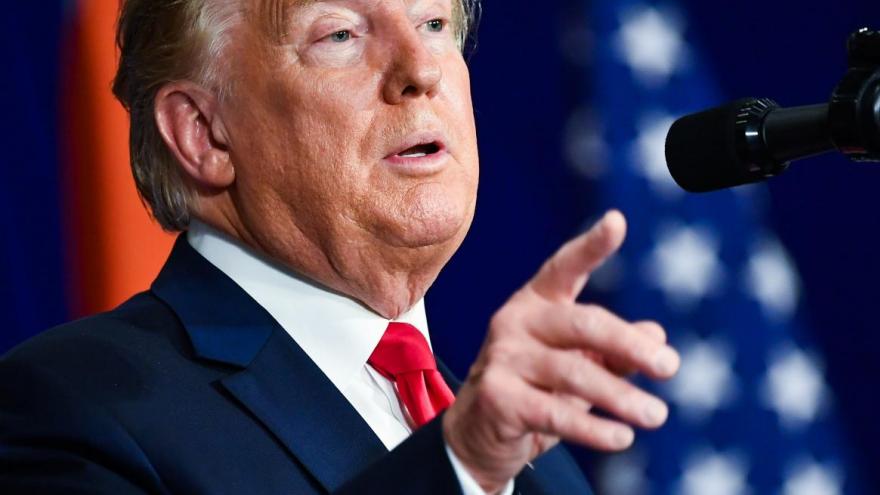 President Donald Trump announced the "saga" between his administration and 3M has ended with the finalization of a deal that will see the manufacturer supplying millions of masks for health care workers.

(CNN) -- President Donald Trump announced the "saga" between his administration and 3M has ended with the finalization of a deal that will see the manufacturer supplying millions of masks for health care workers.

Trump announced at the coronavirus task force briefing that the White House had "reached an agreement, very amicable, with 3M for the delivery of an additional 55.5 million high-quality face masks each month."

"Mostly that's going to be for our front line health care workers," he said.

A senior administration official said the government's decision to use the Defense Production Act was key to shifting the trajectory of negotiations between the two sides.

An acrimonious clash between 3M executives and senior Trump administration officials spilled into public view after Trump invoked the Defense Production Act, with the company's CEO saying it was "absurd" to suggest his company wasn't doing all it could to maximize supplies to the US. Peter Navarro, Trump's trade adviser and Defense Production Act coordinator, had accused 3M of "whining" and "acting like a sovereign nation."

The President praised 3M and its CEO, Mike Roman, just days after blasting the company for continuing to sell some masks overseas. The company has said it was necessary to do so to maintain overall supply levels in the US, fearing retaliation from international companies the US relies on for imports of masks. Trump on Saturday told 3M to "get their act together" and said administration officials "don't frankly like" the company's representatives.

"The 3M saga ends very happily," Trump said. "We are very proud to be doing that with 3M."

The President also said he spoke with Roman earlier Monday to thank him for striking the deal.

The overwhelming majority of the masks will come from 3M's Chinese factories, the senior administration official said.

"It's a new relationship," the official said. "They realized we weren't f---ing around."

3M officials were not only boxed in, but realized that they could use the Defense Production Act to explain to foreign clients why they have no choice but to divert their supply to the US.

The official warned that China could try and block the deal. China had previously authorized 3M to ship an additional 10 million masks a month to the US from a factory in China.