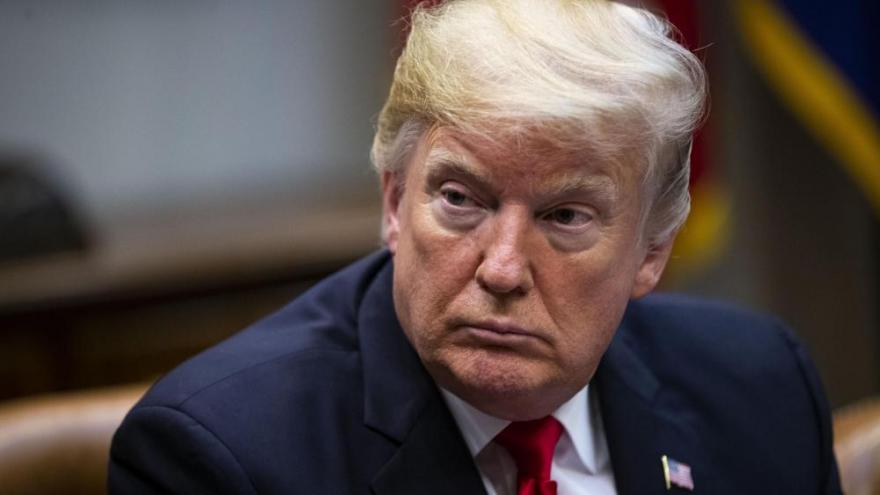 Former President Donald Trump allegedly praised Adolf Hitler during a discussion with his White House chief of staff John Kelly in 2018 while on a trip to Paris to commemorate the armistice after World War I, according to excerpts of an upcoming book, obtained by CNN, from Wall Street Journal reporter Michael Bender.

(CNN) -- Then-President Donald Trump allegedly praised Adolf Hitler during a discussion with his White House chief of staff John Kelly in 2018 while on a trip to Paris to commemorate the armistice after World War I, according to excerpts of an upcoming book, obtained by CNN, from Wall Street Journal reporter Michael Bender.

"Well, Hitler did a lot of good things," Trump reportedly told Kelly, who was explaining to the 45th President who the allies and adversaries were in both World Wars, according to Bender.

Bender also writes in the book, titled "Frankly, We Did Win This Election: The Inside Story of How Trump Lost," that Trump was "undeterred" and persisted in his defense of the German dictator by claiming the country made economic gains under Hitler's leadership.

Trump denied the comments and that the conversation happened when asked about it by Bender.

"This is totally false. President Trump never said this. It is made up fake news, probably by a general who was incompetent and was fired," Liz Harrington, chief spokeswoman for Trump, told CNN Wednesday.

CNN has reached out to Kelly for comment about the claim in the book.

The claims from the new book are the latest example of Trump praising or embracing authoritarian leaders. On the campaign trail in 2016, Trump dismissed comparisons to Hitler as he faced criticism for asking voters to raise their right hand and pledge to support him, a practice some compared to the "Heil" salute from Nazi Germany.

Kelly, according to Bender, was stunned by Trump's comment and pushed back against the then-commander in chief.

"Even if it was true that he was solely responsible for rebuilding the economy, on balance you cannot ever say anything supportive of Adolf Hitler," Kelly reportedly told Trump. "You just can't."

Bender also wrote that "others said the remark stunned Kelly."

The new book also details how Trump's language became increasingly violent during Oval Office meetings as protests in Seattle and Portland, Oregon, began to receive attention from new outlets. The then-President would highlight videos that showed law enforcement getting physical with protesters and tell his administration he wanted to see more of that behavior, the excerpts claim.

"That's how you're supposed to handle these people," Trump told his top law enforcement and military officials, according to Bender. "Crack their skulls!"

He also told his team that he wanted the military to go in and "beat the f--k out" of the civil rights protesters, Bender writes.

Harrington told CNN that this claim in the book is "false" as well.