Trump administration warns Congress Iran could retaliate against US 'within weeks' 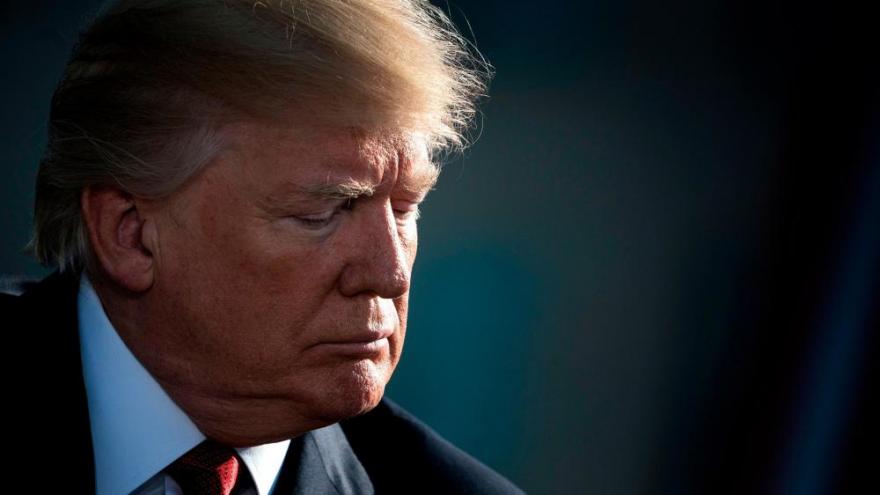 The Trump administration has warned members of Congress that Iran is expected to retaliate against the US "within weeks" for the strike that killed Qasem Soleimani even as they failed to convince some that the operation was merited due to an imminent threat against American lives.

(CNN) -- The Trump administration has warned members of Congress that Iran is expected to retaliate against the US "within weeks" for the strike that killed Qasem Soleimani even as they failed to convince some that the operation was merited due to an imminent threat against American lives.

There are also intense discussions taking place inside US military and intelligence agencies to assess whether Iran might be preparing some type of retaliatory strikes in the next few days or wait for some time, according to a US official with direct knowledge of the situation. "There are conflicting views" on whether Iran will quickly retaliate or wait, but US military defenses are ready, the official said.

Chairman of the Joint Chiefs General Mark Milley publicly addressed the issue of potential retaliation from Iran Friday. When asked whether there is now a risk to US safety in the region, Milley bluntly said, "Damn right there is risk."

Officials from the National Security Council, State Department, Pentagon and intelligence agencies echoed that concern during classified briefings Friday, making it clear that it is not a question of if Iran will respond, but when, where and how, a source with knowledge of what was discussed told CNN.

National security officials were blunt as they described a range of retaliatory possibilities inside the US and abroad. The goal, one administration official familiar with the briefing said, was to make sure lawmakers were "cleared-eyed" about the possibilities for Iranian retaliation and that nothing was sugar coated.

The official told CNN that the administration wanted to make it clear it couldn't rule out retaliation within the next few weeks -- or even months -- given how Iran historically has responded to what it views as acts of aggression against the regime.

Iranian President Hassan Rouhani said Saturday that the United States committed a "grave mistake" in killing Soleimani and that Americans "will face the consequences of this criminal act not only today, but also in the coming years."

Administration officials confirmed the existence but not the number or locations of Iranian proxy actors in the Western Hemisphere -- both inside the US and below the southern border -- and warned of attacks possibly coming from Iranian-trained Lebanese Hezbollah, which has sleeper cells in US and European cities, the source familiar with the briefing said.

Iran could also retaliate by hitting US regional allies inside Iraq and in the Middle East, administration officials said, noting the apparent concerns of unspecified Gulf partners.

But a source familiar with the latest intelligence told CNN that it showed vehicle mounted rockets, known as Grad trucks, and other military weaponry were moving closer to US interests, particularly the Al Asad air base in Iraq.

Other targets of concern included the US air base in Qatar and US interests in Kuwait. The source noted those threats have existed for several months but that the intelligence indicated growing urgency because of how close the trucks were getting to US interests.

There are also indications that Iran has ramped up the readiness of its short and medium range ballistic missile force inside Iran since the death of Soleimani but that does not mean a strike by Iran is imminent, the US official directly familiar with the information told CNN. They added that the US is conducting intense surveillance by satellite and other means to determine how soon missiles -- which are liquid fueled -- might be ready.

While the administration is secretly taking steps domestically and internationally to prepare for possible retaliation, beyond public moves like sending thousands of troops to the region, officials acknowledge that there is only so much they can do given the myriad of options at Iran's disposal.

Department of Homeland Security officials are expected to brief lawmakers in coming days on domestic threats from Iran and will be on heightened alert over the next several weeks and months in anticipation of Iranian retaliation.

At the same time, officials continue to face questions from some Democratic lawmakers who say they remain unconvinced that the order to kill Soleimani was necessary in order to prevent an imminent attack against US interests, as the administration has claimed.

One Democratic source who was briefed Friday told CNN that officials did offer evidence of a credible threat but that it was not dissimilar to what has been observed at various points over the last several months from the IRGC and the hardest line Popular Mobilization Units, a coalition of predominantly Shiite militias.

In an interview with CNN Friday, Democratic Sen. Tom Udall of New Mexico said more than once that he does not believe an attack on the United States was imminent as President Donald Trump and other top administration officials have said.

"My staff was briefed by a number of people representing a variety of agencies in the United State Government and they came away with no feeling that there was evidence of an imminent attack," Udall said, adding he believed the President is only saying an attack was imminent to justify killing Soleimani.

Udall also said had the US Secretary of Defense been killed by Iran while in another country, the US would consider that an act of war.

Fellow Democrat Sen. Chris Van Hollen of Maryland also told CNN Friday that one of his representatives was at the briefing and "nothing that came out of the briefing changed my view that this was an unnecessary escalation of the situation in Iraq and Iran."

Van Hollen went on to say: "While I can't tell you what was said, I can tell you, I have no additional information to support the administration's claim that this was an imminent attack on Americans."

Milley, the top US general, pushed back hard Friday against claims that there was any impulsiveness on the part of the US by targeting Soleimani. "We fully comprehend the strategic risks and consequences," of killing the Iranian military commander, he said. "The risk of inaction exceeded the risk of action."

The US has not provided any evidence publicly on what the specific threats were.