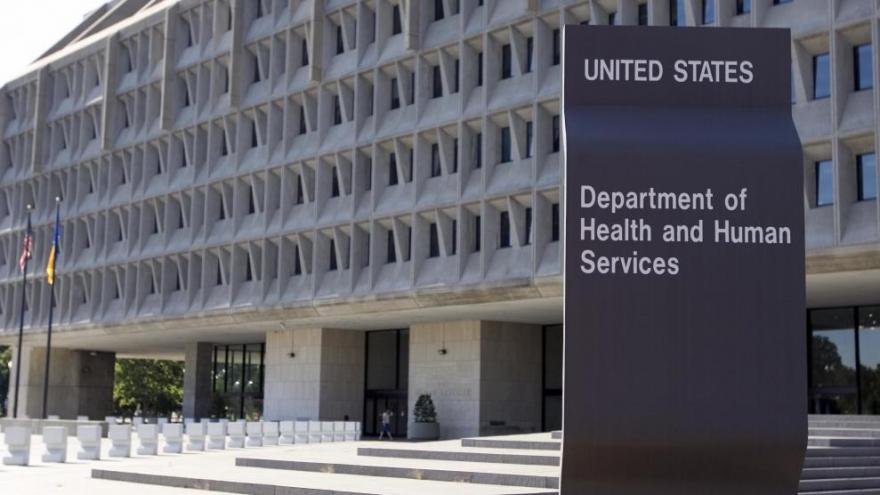 The US Department of Health and Human Services building is shown in Washington, DC, 21 July 2007.

(CNN) -- The Trump administration announced Friday it is eliminating an Obama-era regulation prohibiting discrimination in health care against patients who are transgender.

The move -- coming during Pride Month, an annual celebration of the LGBTQ community that takes place throughout the month of June, and on the four-year anniversary of the deadly Pulse nightclub shooting, in which 49 people were killed at a popular LGBTQ venue in Orlando -- was swiftly denounced by LGBTQ groups, which see the action as discriminatory.

Section 1557 of the Affordable Care Act, known as the Health Care Rights Law, "prohibits discrimination based on race, color, national origin, sex, age or disability in certain health programs and activities." A rule enacted in 2016 interpreted the ban on sex discrimination to include discrimination on the basis of gender identity, building on similar interpretations in other federal civil rights laws and court rulings, and termination of pregnancy.

But the US Department of Health and Human Services said in a statement Friday that it was eliminating "certain provisions of the 2016 Rule that exceeded the scope of the authority delegated by Congress in Section 1557. HHS will enforce Section 1557 by returning to the government's interpretation of sex discrimination according to the plain meaning of the word 'sex' as male or female and as determined by biology."

"The 2016 Rule declined to recognize sexual orientation as a protected category under the ACA, and HHS will leave that judgment undisturbed," HHS said.

The department had proposed a similar change to the Obama-era rule last year, saying that in light of several legal challenges to the rule, it wanted to "address the overbroad interpretations" of it and "reduce the significant confusion and unjustified burdens" it said the rule caused.

"We cannot and will not allow Donald Trump to continue attacking us. Today, the Human Rights Campaign is announcing plans to sue the Trump administration for exceeding their legal authority and attempting to remove basic health care protections from vulnerable communities including LGBTQ people," Alphonso David, the group's president, said in a statement.

The American Civil Liberties Union said the move could cost lives, and the National Center for Transgender Equality called the move "heartless" and said the administration is "encouraging discrimination" with the rule change.

"This rule sends a message that medical providers can turn people away from a COVID-19 test or treatment simply because of who they are," said Rodrigo Heng-Lehtinen, the group's deputy executive director. "We should be making it easier to get health care in a time of need, not harder. This is heartless."

At least one Republican, Sen. Susan Collins of Maine, who's facing a tough reelection in November, denounced the rule change on Saturday, calling it "simply wrong."

"The Trump Administration's decision to eliminate protections for transgender patients is simply wrong. I'll work to overturn this discriminatory policy," she wrote on Twitter without specifying what she'd do to overturn it.

HHS said in its release that it plans to continue "vigorously" enforcing civil rights laws prohibiting discrimination in health care based on its interpretation of Section 1557 of the Affordable Care Act.

"HHS respects the dignity of every human being, and as we have shown in our response to the pandemic, we vigorously protect and enforce the civil rights of all to the fullest extent permitted by our laws as passed by Congress," said Roger Severino, the director of the department's Office for Civil Rights.

This story has been updated to include additional information and reaction.