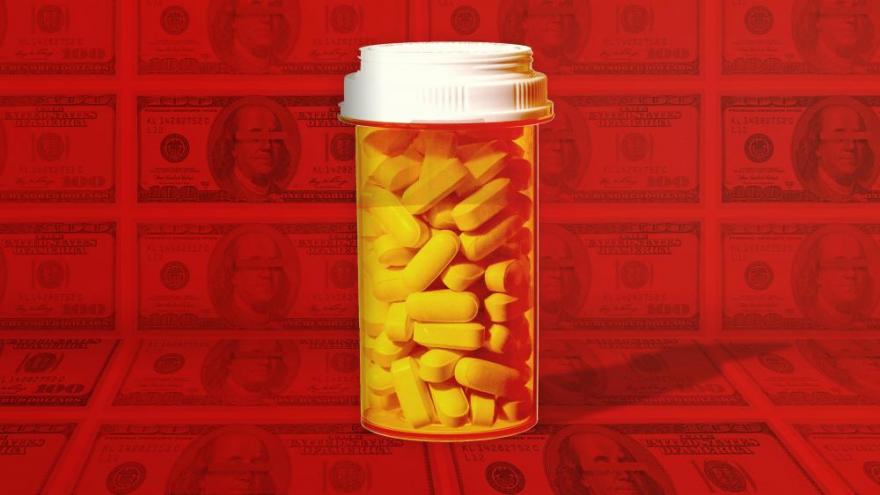 The Trump administration took another step toward allowing the importation of certain drugs from Canada and other countries.

(CNN) -- The Trump administration took another step Wednesday toward allowing the importation of certain drugs from Canada and other countries.

Building on an effort first announced in July, officials unveiled a two-part proposal that would let prescription medications from other countries make their way to the US for the first time.

The idea runs counter to long-held Republican beliefs, but has been championed by President Donald Trump as a way to fulfill his pledge to lower drug prices.

The first proposed rule would allow states, potentially working with wholesalers and pharmacists, to develop programs to import certain drugs from Canada. The list does not include insulin, even though many diabetic Americans have traveled north to buy the drug because prices are lower there.

The second draft guidance would allow manufacturers to import lower-cost versions of brand-name drugs that they sell in foreign countries. Agency officials said drug makers are interested in doing this but have not been able to because of contracts with other players in the supply chain.

"New pathways for importation can move us toward a more open and competitive marketplace that supplies American patients with safe, effective and affordable prescription drugs," said Health and Human Services Secretary Alex Azar, who initially opposed drug importation, calling it a "gimmick" in the past.

Both parts would have to be finalized after a comment period, so it could take time before consumers would see any benefit. Also, over the summer, officials outlined several restrictions and hurdles the effort faces, including making sure that safety concerns and cost-reduction requirements are met.

Another issue: Canada hasn't been so eager to participate. A coalition of 15 Canadian medical professional and patient groups has asked the government to protect its pharmaceutical supply. Canada already experiences drug shortages, the group says.

The Canadian government also has expressed reservations, saying it will protect its domestic supply of medication.

"We continue to be in communication with the White House and the US Department of Health and Human Services and our message remains firm: we share the goal of ensuring people can get and afford the medication they need -- but these measures will not have any significant impact on prices or access for Americans," said Alexander Cohen, press secretary for the Office of the Minister of Health in Canada.

The historic move, however, allows Trump to say he's taking steps to lower drug prices, one of his main 2016 campaign proposals and a major component of his 2020 reelection effort.

High drug prices are among Americans' chief health care complaints. The Trump administration has been thwarted in several of its efforts to lower health care costs. A judge this summer invalidated its rule requiring drug makers to include list prices in their television ads.

Though reducing drug prices has bipartisan support in Congress, laws attempting to address the issue have made little progress. The House passed legislation last week that would allow the government to negotiate the prices of some drugs, among other measures, but the bill is considered dead on arrival in the Senate. A bipartisan Senate Finance Committee bill has yet to gain traction.

Four states -- Florida, Vermont, Colorado and Maine -- recently passed laws to set up drug importation programs, though any action would need approval from HHS. Florida Gov. Ron DeSantis, a Republican who is a Trump ally, helped convince the President to support the idea and submitted an importation proposal to HHS earlier this year.

The federal effort marks a major turnaround for Azar, who noted in 2018 that prior Food and Drug Administration commissioners have said there's no way to effectively ensure that medications are really coming from Canada and not a counterfeit factory in China.

He also raised other questions about the idea's effectiveness.

"Canada simply doesn't have enough drugs to sell them to us for less money, and drug companies won't sell Canada or Europe more just to have them imported here," he said in remarks about the President's blueprint to lower drug prices in May 2018.

On Wednesday, Azar said supply chains have changed over time.

The pharmaceutical industry, however, was not pleased with the announcement.

"The administration chose to proceed with an importation scheme that could endanger American lives, could worsen the opioid crisis and has been called unworkable by Canadian officials," said Stephen J. Ubl, CEO of PhRMA, an industry group.