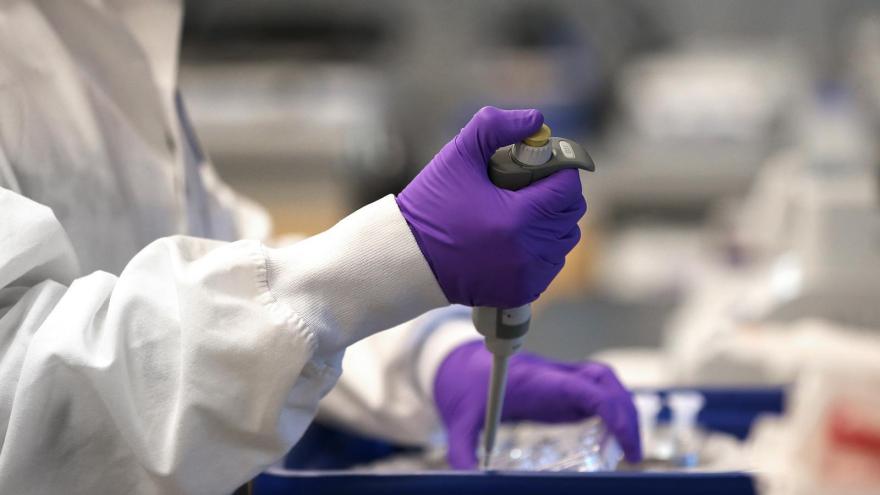 The Trump administration is launching a project to accelerate the development of a potential coronavirus vaccine, a senior administration official said Wednesday.

(CNN) -- The Trump administration is launching a project to accelerate the development of a potential coronavirus vaccine, a senior administration official said Wednesday.

The project, called "Operation Warp Speed," has the goal of manufacturing hundreds of millions of doses that can be made available to Americans by the end of the year, the official said. No vaccine has been created yet, though multiple projects are in the works around the world.

The effort aims to dramatically cut short the usual development time for a vaccine. It's not clear whether the project could realistically meet that goal.

Dr. Anthony Fauci, the director of the National Institute of Allergy and Infectious Diseases, has repeatedly cautioned that a vaccine for the virus would take between a year and 18 months.

The official said pharmaceutical companies and government researchers would work together to beat that timeline, in what's described as a Manhattan Project-like effort.

The effort, which was first reported by Bloomberg News, comes as the number of confirmed coronavirus cases in the US surges past 1 million, with researchers saying the number of deaths could rise in coming weeks.

As a result, the scientific community has faced immense pressure to find a vaccine -- a process that is typically measured in years, not months.

Vaccine trials usually start with testing in animals before launching into a three-phase process. The first phase involves injecting the vaccine into a small group of people to assess safety and monitor their immune response.

The second phase ramps up the number of people -- often into the hundreds, and often including more members of at-risk groups -- for a randomized trial.

If the results are promising, the trial moves to phase-three test for efficacy and safety with thousands or tens of thousands of people, according to the US Centers for Disease Control and Prevention.

That undertaking can make for a daunting timeline, but vaccines are seen as the holy grail. If the US population can be successfully vaccinated for the coronavirus, that would make it easier for the country to fully reopen.

And President Donald Trump has repeatedly touted the possibility of having a vaccine in a short time frame.

Asked about a timeline during the Cabinet Room meeting with pharmaceutical executives last month, Trump said, "I don't know what the time will be. I've heard very quick numbers, that of months."

"And I've heard pretty much a year would be an outside number. So I think that's not a bad range. But if you're talking about three to four months in a couple of cases, a year in other cases," he said.

Short of a vaccine, however, the Trump administration's effort also comes against the backdrop of new data suggesting that patients with severe Covid-19 who took remdesivir could recover faster than patients who didn't take it, the National Institute of Allergy and Infectious Diseases said Wednesday.

The US Food and Drug Administration has not yet approved any drugs for the treatment of the coronavirus, but it plans to announce an emergency-use authorization for remdesivir, according to The New York Times.

The authorization could come as soon as Wednesday, The Times reported, citing a senior administration official.

In a statement to CNN, the FDA said it is in talks with Gilead Sciences, the maker of remdesivir, about making the drug available to patients.

"The data shows that remdesivir has a clear-cut, significant, positive effect in diminishing the time to recovery," Fauci said of the drug.

Results from the preliminary trial show remdesivir improved recovery time for coronavirus patients from 15 to 11 days.