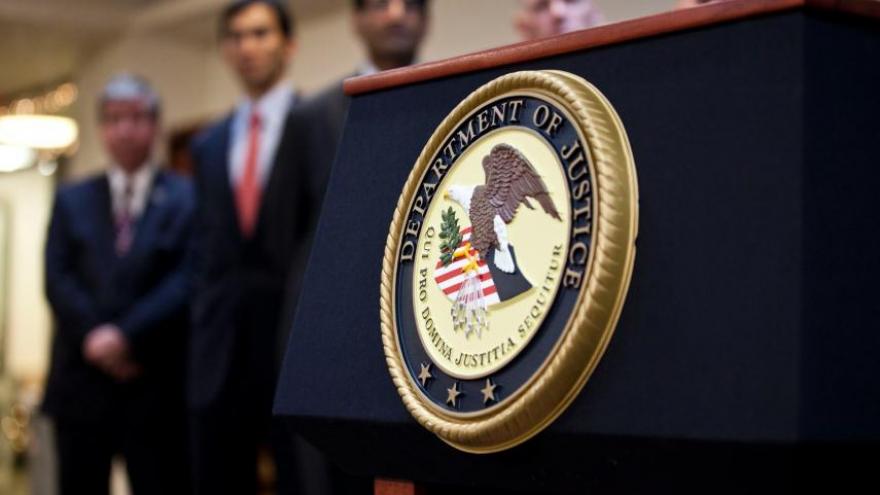 A federal appeals court rejected an emergency bid from the Trump administration to move forward next week with the first federal execution in nearly 17 years, setting up a potential showdown at the Supreme Court.

(CNN) -- The Trump administration asked the Supreme Court on Monday to reverse a lower court ruling and allow a series of federal executions to begin, starting on December 9.

The move comes after a federal appeals court rejected an emergency bid from the administration to move forward next week with the first federal execution in nearly 17 years, setting up the potential showdown at the Supreme Court.

Three judges on the US Court of Appeals for the District of Columbia Circuit came down Monday against a request by the Justice Department to bypass a lower court ruling that paused the series of executions.

Attorney General William Barr revived the use of the federal death penalty in July after a nearly two-decade hiatus in a move that underscored the stark law and order philosophy of the Trump administration.

Daniel Lewis Lee, a white supremacist convicted of killing a family in the 1990s, was days away from execution when the lower court ruled that the lethal injection protocol planned by the Justice Department may be incompatible with federal law, putting on hold the plan to put Lee and three other death row inmates to death.

In a filing last month, the Justice Department appealed the decision to block the executions, and asked the appeals court to pause or remove an injunction placed by DC District Judge Tanya Chutkan, with prosecutors warning that they planned to take their appeal to the Supreme Court if they didn't get what they wanted.

A Bureau of Prisons official wrote in a filing that preparations for the executions at the death row facility in Terre Haute, Indiana, had been exhaustive -- including the assignment of 200 security personnel and the advance preparation of meals for 2,600 inmates -- and any delay in the procedure would be costly.

But attorneys for the inmates last week accused the Justice Department of trying to "side-step judicial review" by seeking a way around the injunction. If the appeals court were to stay or vacate that injunction, it could allow for the executions to take place, even before a full appeal on the merits of the injunction could take place.

If the Supreme Court also declines to put the injunction on hold, the executions will not occur until the courts consider the underlying merits of the appeals case.

There was no dissent noted in the short unsigned order.