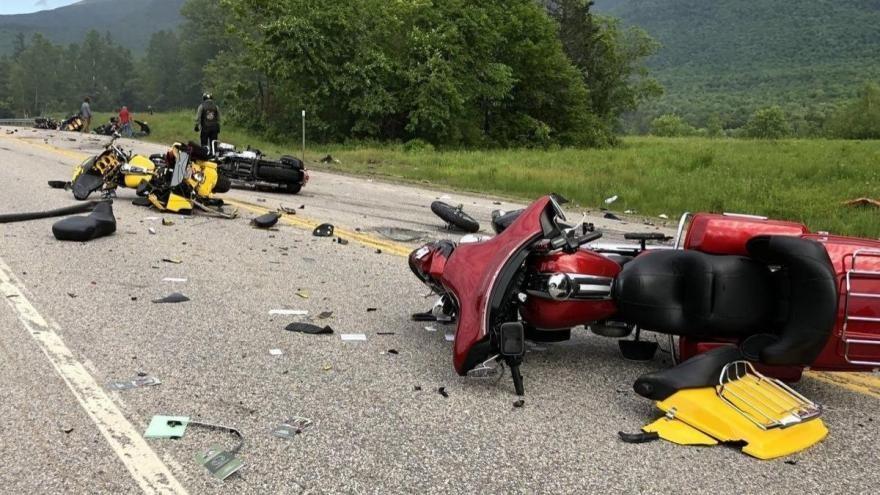 See Also Truck driver expected to be arraigned on charges of negligent homicide in motorcycle crash that killed 7
LANCASTER, N.H. (AP) — A pickup truck driver accused of causing a collision that killed seven motorcyclists in New Hampshire has been indicted on 23 charges saying he negligently caused the deaths and was under the influence of one or more drugs at the time.

Volodymyr Zhukovskyy , 23, of Springfield, Massachusetts, is to be arraigned by video on Nov. 5. He has been jailed without bail since the June 21 crash in Randolph.

A message was left with Zhukovskyy's lawyer Monday.

In August, the Federal Motor Carrier Safety Administration said that a toxicology report showed Zhukovskyy was positive for an unspecified drug that made him incapable of driving safely when his pickup truck crossed the center yellow line and crashed into the motorcyclists.

Zhukovskyy also said that he reached for a drink on the passenger side of the truck just before the crash, according to the report. That violation was labeled as "inattentive driving."