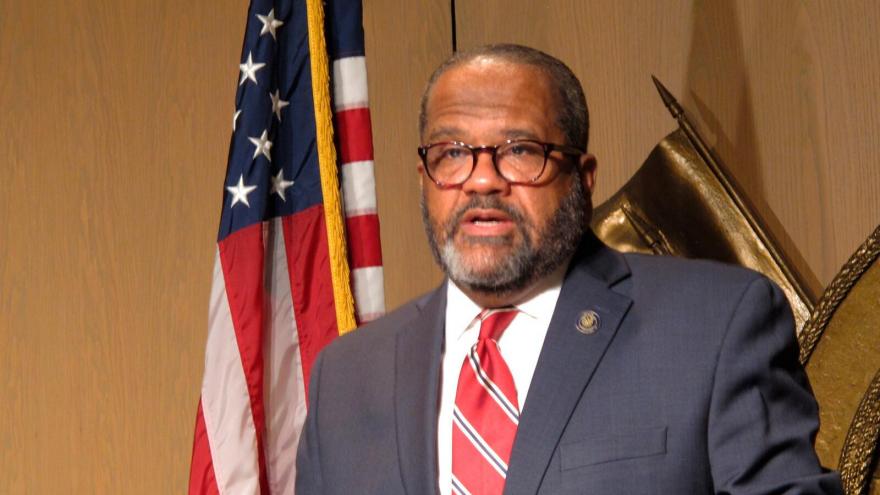 Carter, a former New Orleans city council member, ran as the more moderate candidate in the runoff and as someone willing to work across the aisle. His win over fellow state Sen. Karen Carter Peterson (no relation) draws Louisiana's intraparty contest to a close.

"This was a hard fought race, and now it is time to come together," the congressman-elect wrote in a tweet on Sunday. "The hard part starts now. We have so much work to do together. We celebrated upon victory. Today, we get back to work!"

While the election doesn't alter the balance of power in the House, it does fill a seat that's been vacant for months, giving Democrats -- who enjoy a narrow majority -- slightly more breathing room. The race in Louisiana's 2nd Congressional District, a majority-Black district that stretches from New Orleans to Baton Rouge, also stood as an early test of the direction of the Democratic Party three months into President Joe Biden's term.

Crucially, Carter earned the early endorsement of the man whose seat he'll be filling, former Rep. Cedric Richmond, who had resigned his seat in January to join the Biden White House.

Peterson, a fellow Democrat and state senator, ran on a more progressive platform, campaigning on priorities that included working to cancel student loan debt, divesting from Immigration and Customs Enforcement and decriminalizing sex work. She also said she wanted to work to deschedule marijuana on the federal level and touted her support for the Green New Deal.

The policy differences between the two candidates were on full display during a debate last week in which they discussed policing in America, with Peterson calling for "comprehensive criminal justice reform" that involves a "reinvestment in the criminal justice system" and an investment in "community policing."

Carter, meanwhile, said he would "smart fund, not defund" the police, adding: "We should make sure that we stand with the good police officers while we prosecute the bad ones."

Peterson's defeat marks an early loss for the progressive wing of the party ahead of the 2022 midterm elections, when Democrats may get a clearer idea of which direction the party at large will move in the Biden era.

Carter will be the only Democrat representing the Bayou State in Congress. The state's other five representatives and two senators are all Republicans.

Besides choosing between two divergent approaches to politics, voters in the district were also deciding how much gender was a factor. Peterson, who had the endorsement of EMILY's List -- which backs Democratic women who support abortion rights -- would have been the first Black woman to represent the state in Congress.

Following Saturday's election results, Peterson said, "I'm honored by the faith that so many put in me because they believe in the future of this district and what we can accomplish together."

"I'm wishing Sen. Carter well as he represents Louisiana in Washington, and I will keep fighting every day for our communities, our people, and the change we need," she continued in a statement.

The race was the latest chapter in a political rivalry that has brewed for decades -- and one that includes facing each other in a previous congressional election.

In 2006, both Carter and Peterson ran against then-Rep. William Jefferson, a Democrat who at the time was under investigation for corruption and would later be convicted. Peterson finished second in the primary and Carter a distant fifth. In Louisiana, the top-two primary finishers advance to a runoff. Peterson lost to Jefferson in the general election.