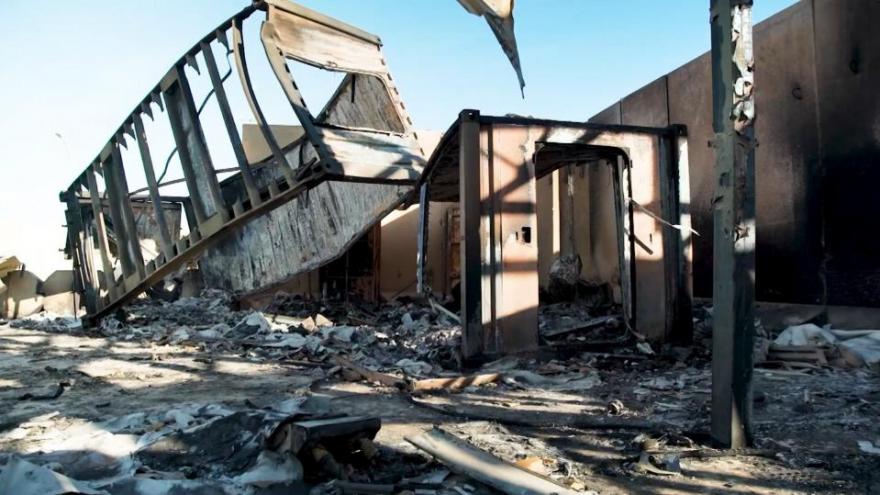 Dozens of US military personnel are expected to receive Purple Hearts in recognition of traumatic brain injuries they suffered in a January Iranian missile attack in Iraq, according to three US defense officials.

(CNN) -- Dozens of US military personnel are expected to receive Purple Hearts in recognition of traumatic brain injuries they suffered in a January Iranian missile attack in Iraq, according to three US defense officials.

The officials describe the decision as extremely sensitive because of the attention the issue received after President Donald Trump dismissed the injuries as "not very serious," when they were first reported.

The Pentagon and Trump initially said no service members were injured or killed in the attack on al Asad air base but it subsequently became clear that many sustained traumatic brain injuries after blast waves from the Iranian explosions hit the bunkers they were sheltering in.

The number of TBI cases rose steadily in the weeks after the attack to 110, according to the Defense Department.

It's not clear how many of those service members will receive the award because the review of the proposed Purple Heart cases has not been completed.

The awards are in a "final stage" of review by the US led coalition in Iraq that commands all US forces there. Once they pass that stage a final decision will be made at the Pentagon.

Behind the scenes the three defense officials described the situation as extremely sensitive because of the attention the issue received after Trump downplayed the significance of the injuries. With the Purple Hearts pending, the awards are getting internal attention from senior Pentagon personnel, according to the defense officials. It is not clear how much the Defense Department will publicize the awards when they are made, officials say.

When the first reports about the injuries emerged, Trump said he didn't not consider potential brain injuries to be as serious as physical combat wounds.

During the World Economic Forum in Davos, Switzerland, Trump was asked to explain the discrepancy between his previous comments that no US service member was harmed and reports of US troops being treated for injuries suffered in the attack.

Asked about the President's comments, Secretary of Defense Mark Esper said Trump "understands the nature of these injuries."

Since 2011 the Defense Department has had a policy of awarding Purple Hearts for service members who suffer from traumatic brain injuries which are often called the silent wound of war.

To qualify for the award the injury must be severe enough to require treatment by a medical officer which may limit the number awarded following the January attack because the Pentagon indicated many troops suffered from mild cases.

The Purple Heart dates back to George Washington and is given to those wounded or killed in combat.