Trooper injured when rear-ended during traffic stop on I-39 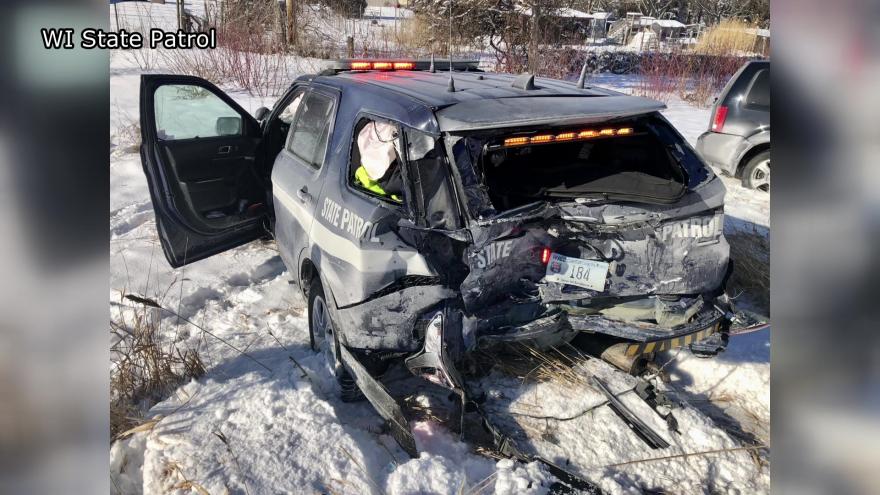 POYNETTE, Wis. (AP) — A Wisconsin State Patrol trooper was injured after his vehicle was rear-ended by motorist in an SUV on Interstate 39 near Poynette.

Authorities say the trooper's injuries are not believed to be life-threatening.

The crash occurred around 11 a.m. Sunday while the officer was inside his cruiser during a traffic stop.

Investigators say the driver of a Honda Pilot lost control of the car and hit the cruiser.

The driver of the SUV was not injured.

The accident caused significant delays on I-39-90 southbound.