Trixie the whale shark dies at the Georgia Aquarium 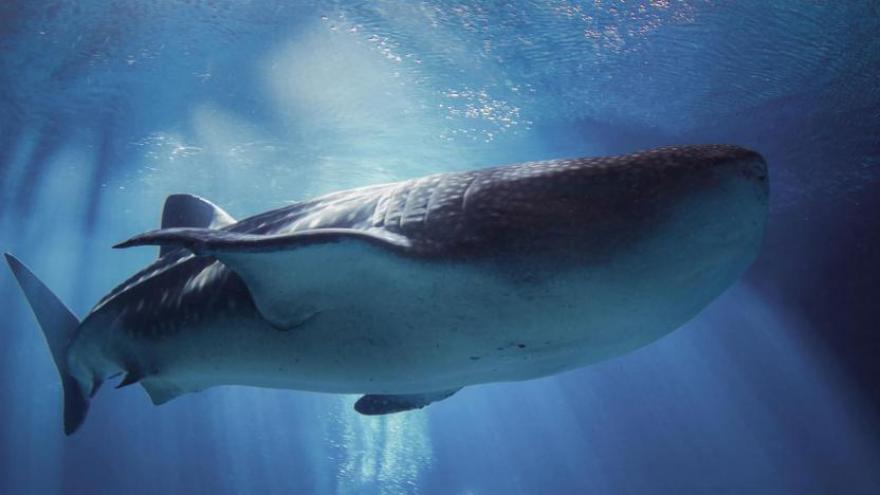 Trixie had been at the Georgia Aquarium since 2006.

The massive shark named Trixie died on Friday after "having difficulty navigating the habitat earlier in the day," the aquarium said in a statement on its Facebook page.
Her health quickly declined, according to the statement.

"Even after exhaustive veterinary and animal care efforts, she ultimately passed away," the aquarium said.

Trixie was one of the aquarium's first whale sharks and has been a star in its 6.3 million gallon Ocean Voyager exhibit since 2006, according the statement.

"She contributed enormously to our understanding of whale sharks and their care. Loss is inevitable, but that does not make it any less painful," the aquarium said.

Whale sharks are the largest fish species in the world and are listed as endangered by the International Union for the Conservation of Nature.

They are native to the tropical Atlantic, Pacific and Indian Oceans, according to the aquarium.

Despite their enormous size, whale sharks live on a diet of tiny shrimp, krill, fish eggs, sardines, anchovies and other small prey.

Threats to whale sharks include entanglement in fishing nets, boat strikes, ingestion of marine debris and micro plastics, and in some cases human interference through unregulated tourism.