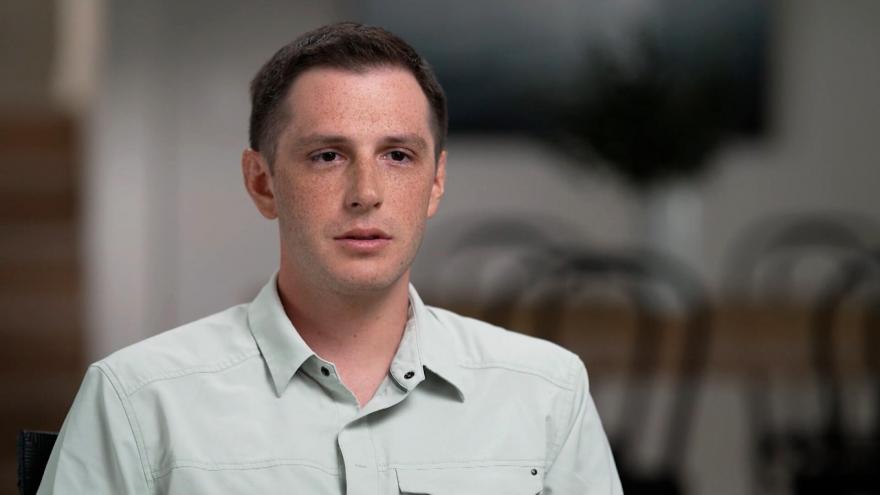 Trevor Reed, an American citizen and former Marine recently freed after two years imprisoned in Russia, has vowed to campaign against any lawmakers that slow legislation aimed at helping detained Americans.

(CNN) -- Trevor Reed, an American citizen and former Marine recently freed after two years imprisoned in Russia, has vowed to campaign against any lawmakers that slow legislation aimed at helping detained Americans.

In an exclusive interview with CNN's Jake Tapper, Reed appeared to take aim at a group of House GOP lawmakers, including Rep. Marjorie Taylor Greene, that he said slowed passage of a resolution last year calling for his release. "I'm going to go to every single one of their campaigns and thank them personally about that," he said.

"How do you justify that? That's embarrassing to me that anyone that represent the United States would vote against something like that. I'm sure that the Russians loved that. I'm sure that they're all big fans of all of those congressmen who did that," Reed continued. "That's completely unacceptable to me. it's embarrassing. And I better not see that ever happen again to any other Americans because I promise that I will be at every single campaign that that person runs for the rest of their life to tell everyone that they did that."

Greene's office did not immediately respond to CNN's request for comment.

Reed's father, Joey, expressed frustration with Greene, as well as "her cronies and that small group of idiots."

Beyond that, Joey Reed, a former Marine, told CNN he was also disappointed with how the Marines handled his son's imprisonment.

The Marines did not address the substance of Joey Reed's complaint, but told CNN in a statement: "Trevor Reed served his country honorably as a marine and we thank him for his service. We are happy he has returned home safely and wish him and his family the best as they reunite."

Reed was sentenced to nine years in prison in July 2020 after being accused of endangering the "life and health" of Russian police officers in an altercation the previous year. He and his family have denied the charges against him. Ultimately, Reed was returned to the US as part of a prisoner swap in exchange for Konstantin Yaroshenko, a Russian smuggler convicted of conspiring to import cocaine. The US commuted his sentence.

Behind the scenes, officials both inside and outside the US government had for years been working to get Reed released.

Last month's swap, one administration official told CNN, was the culmination of "months and months of hard careful work across the US government" that took place against the backdrop of growing tensions between Washington and Moscow -- exacerbated dramatically by Russia's brutal war on Ukraine.

"We need to do absolutely everything we can, as Americans, to advocate for those Americans who are being held illegally overseas and do every single thing we can possible to get them out," Reed told CNN.