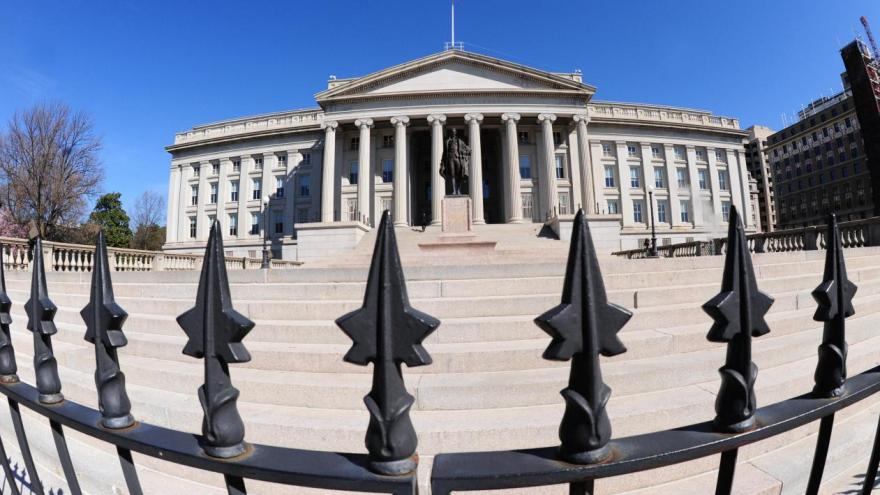 **This image is for use with this specific article only** Treasury rolls out extra relief on tax penalties.

(CNN) -- American taxpayers who fell short on paying their IOUs to Uncle Sam over the course of 2018 will be getting some more relief from the Internal Revenue Service.

The Treasury Department announced Friday it would waive some penalties amid rising concerns among both Democrats and Republicans that changes from the 2017 tax law have left millions of Americans withholding too little in their paychecks.

Taxpayers will now be able to avoid a penalty as long as they pay 80% of what they owe for 2018 through withholding.

"Treasury is exempting even more taxpayers from the unusual underpayment penalties in an effort to help those who attempted in good faith to meet their withholding obligations," Treasury Secretary Steven Mnuchin said in a statement on Friday.

This is the second time the Treasury Department has lowered the threshold, which is usually set at 90%. In January, it lowered the amount to 85%.

The updated guidance could potentially impact millions of Americans.

In 2017, between 10 million and 12 million taxpayers withheld too little on their taxes throughout the year, according to a senior administration official.

The Government Accountability Office estimates that nearly 30 million taxpayers withheld too little on their taxes last year, millions more than any typical year.

The senior administration official said Treasury has not been able to determine whether those IOUs were the result of individuals neglecting to adjust their withholding in the wake of the tax changes, rather than because of other changes to tax liabilities, like pay increases or having children.

Individuals who have already filed their taxes this year will be allowed to claim a retroactive refund under the new, lower penalty level. Those materials will be available by next week.

In February, Sen. Ron Wyden of Oregon, the top Democrat on the Senate Finance Committee, and Senate Democratic Leader Chuck Schumer of New York, wrote to Mnuchin asking Treasury to waive penalty fees for those Americans who received surprise tax bills as a result of the new changes.

"It looks like the Trump Treasury Department spent 2018, an election year, goosing people's paychecks by under-withholding, and it should have been obvious that the bill would come due eventually," Wyden said in a statement in mid-February.

This year's filing season, the first under the 2017 tax reform, is being closely watched for unexpected impacts on individuals. Treasury has made it a point of saying that results of the tax filing season vary week to week and to avoid drawing conclusions so early in the season.

Many Americans depend on their tax refunds as a windfall they use to pay for big-ticket items like cars, appliances or vacations -- a reality the Trump administration tacitly acknowledged when it committed to paying out refunds despite the recent partial government shutdown, a reversal of established IRS practice.