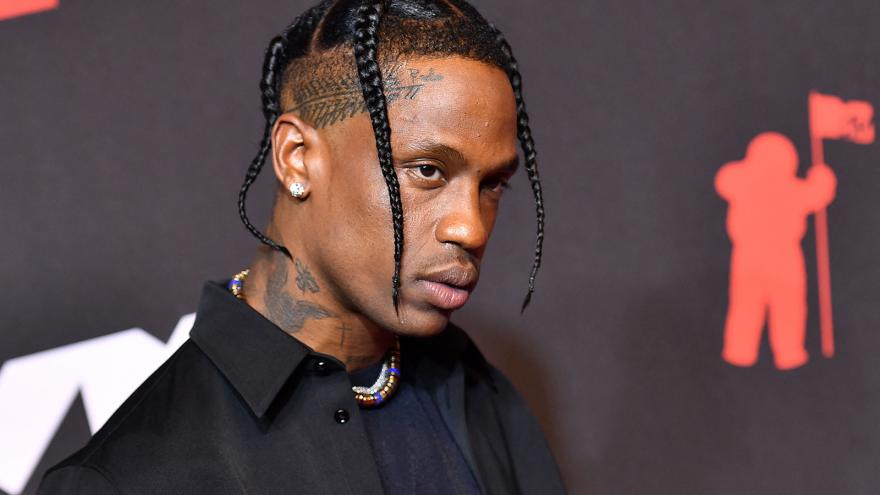 (CNN) -- Travis Scott is scheduled to perform at the Billboard Music Awards on Sunday, marking his first major public performance since a crowd surge killed ten people and injured thousands at his Astroworld Festival in Houston last November.

Sean "Diddy" Combs, who is the executive producer and host of this year's Billboard Music Awards, said that he felt strongly about having Scott perform at the show.

"I made a request. I made a demand. I said 'My brother Travis Scott has to perform. Diddy is hosting the show. I'm executive producing. He has to perform,' and NBC said 'yes.' It's going down. Sunday, Travis Scott will be performing. Let's go," Diddy said in an Instagram post.

He also told REVOLT, "I am uncanceling the canceled."

Scott was performing at Astroworld on Nov. 5 when a packed crowd surged toward the stage, causing mass casualties. Numerous lawsuits have been filed related to the tragedy and the event remains under investigation.

The rapper, singer and producer has made appearances at some smaller events in recent weeks, performing a few of his hits at a nightclub in Miami earlier this month.

Scott joins other artists set to perform during the show being held at the MGM Grand Garden Arena in Las Vegas, including Silk Sonic, Megan Thee Stallion and Mary J. Blige.